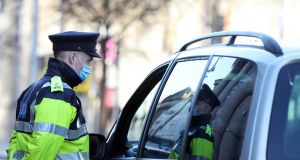 Ireland’s dramatic surge in Covid-19 infections in the past week, one of the worst seen anywhere since the pandemic began, has made headlines around the world.

The rise in confirmed infections, which has seen the State go from being one of the least affected countries in Europe to the worst, has caused international alarm.

“Ireland’s Covid-19 outbreak now worst in world,” read a headline on global news agency Bloomberg on Monday. “The Government relaxed restrictions last month, a tactic that may have contributed to one of the world’s highest contagion rates.”

Belgian broadcaster RTBF said Ireland had become “the country in the world where the epidemic is spreading the fastest”.

“It must be said that the Irish situation is in fact much more serious: if in the United Kingdom, infections have increased by 50 per cent in one week, in Ireland, they have quadrupled,” it added.

Germany’s NTV reported that “the Irish lockdown miracle was an illusion”.

“Europe looked fascinated at the supposed miracle of the Republic, the Irish strategy seemed to be working... but the disillusionment came on St Stephen’s Day.”

The speed of the deterioration has caused concern, with governments keen to know how much of the rise in cases is due to the more contagious variant of Covid-19 that emerged in Britain, and whether they should prepare.

Italian prime minister Giuseppe Conte predicted in a television interview that the wave would hit Italy next.

“It will not be easy, we still have to make some sacrifices,” he said.

Yet in the Netherlands, where infections have been declining even though it is also close to Britain, media outlets have reported that Ireland’s surge is due to socialising and eased restrictions rather than the new strain.

“The coronavirus is once again on the rise in Ireland. And that is not because of the new ‘British’ mutation, but because of a slightly too cozy Christmas. Irish people often visited each other,” Dutch outlet Metro reported.

German and Italian outlets also noted that the Irish Government eased restrictions before Christmas, taking an opposing approach to many European countries, where curbs were tightened.

The Paris-based magazine Marianne reported that “two contradictory strategies” in the Republic and Northern Ireland were impeding the pandemic response.

“The absence of serious and co-ordinated organisation across the island is frankly frustrating,” it reported, adding that slow vaccination was another “subject of discontent”. “For comparison, Denmark with a similar population of 5 million people has already vaccinated 10 times as many citizens as Ireland.”

Ireland’s predicament also made headlines further afield with Egypt’s Masrawy reporting a return to “complete lockdown” due to a spread of infection “that exceeded the most pessimistic models available”.

Japanese news agency Jiji Press reported “a highly contagious mutation that is prevalent in the neighbouring UK is spreading throughout the country”, while Channel News Asia carried the headline “Irish Covid-19 surge driven by socialising, not new variant”.

Several countries noted the Government’s decision to keep schools closed, asking whether their own authorities should take the same decision.

“For Ireland this is quite big news, given that even in times of major restrictions the Government has always tried to keep schools open,” Italy’s Il Post reported.

Barcelona’s El Periódico questioned whether Ireland’s decision indicated Catalonia would have to follow suit if the British Covid-19 strain took hold there.

“Ireland was the European country, along with Finland and Iceland, that had best fought the battle against the virus. A harsh but short lockdown when the virus spread was still in its infancy had allowed it to weather the second wave,” El Periódico wrote. “Until now.”