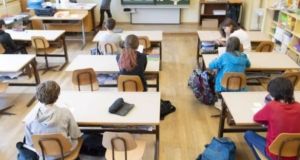 Ireland’s schools may have a longer mid-term break to halt the spread of coronavirus. File photograph. 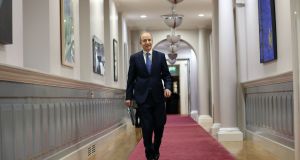 The Government has discussed the possibility of extending the October mid-term break in an effort to stop the spread of coronavirus but no decision has been taken.

A Government source said the idea of keeping the schools closed for an extra week “has been discussed briefly” but no decision has been made yet. The source said such a measure was being introduced in Northern Ireland and a number of other EU countries and was an option for the Republic also if the spread of the virus continued in the coming weeks.

It is understood the matter has only been mentioned informally and no contacts have been made with unions or schools to date.

“The current status is no decision but it’s possibly something to have in the armour in case numbers get bad,” the source added.

A Department of Education spokesperson said in a statement: “No decision has been taken to extend schools’ mid-term breaks. To date the evidence demonstrates that schools have reopened safely supported by significant investment to support all infection prevention and control measures recommended by the public health authorities.

“Keeping schools safely open for children and staff is a key priority at all levels of the Resilience and Recovery 2020-2021: Plan for Living with Covid-19. At levels 1-4 inclusive, schools can remain open with protective measures, and at level 5, recommendations will be based on the situation and evidence at the time.”

“In recommending that schools remain open at the present time, even in the current trajectory of the disease, the Nphet has considered the national experience of school reopening to date, including the epidemiological data and information gathered through case and outbreak management.

“The Irish experience to date supports the current international position that schools are low-risk environments for Covid-19 and are not key drivers of transmission in the community.

As of Tuesday, 252 schools were having some testing completed with 5,890 students and teachers involved in mass testing. From the 252 schools that had mass tests there have been an additional 112 detected cases over and above original cases.

Responding to a potential extension of the mid-term break, INTO general secretary John Boyle said it was imperative that when significant decisions are being made “education stakeholders are consulted and given due notice of the outcomes so we can manage any potential disruption to our primary schools”.

“There are alternatives to closure and to supporting learning remotely, such as partial opening where half of each class attends school on a rota basis,” he said.

“Having the EU’s largest classes leaves little room for distancing in primary schools and next Tuesday the government will have a chance to reduce our class sizes.”

“Ahead of next week’s budget, we are calling for ongoing flexibility in terms of the funding available for the education system, as every resource required to ensure the health and safety of educators and students must be made available in the months ahead,” he said.

The Cabinet decided on Monday that that the whole country would move to Level 3 restrictions from midnight on Tuesday for three weeks, ending on October 27th. Schools are due to be closed for mid-term from bank holiday Monday, October 26th until Friday October 30th.

However, under the latest plan being considered, they would also remain closed the following week.

The Cabinet sub-committee in charge of the Government’s coronavirus strategy meets on Friday to consider the latest advice from the National Public Health Emergency Team (Nphet).

The State’s public health team has not recommended a move to higher levels of restrictions after it met on Thursday, it has emerged.

However, two senior sources confirmed Nphet remained seriously concerned about coronavirus infections and has told Government that the situation must be closely monitored, but it stopped short of recommending further restrictions.

The entire State this week joined Donegal and Dublin and entered Level 3 on the Government’s five-level coronavirus alert system. It has meant new restrictions on everyday life including on travel, indoor dining, weddings and funerals.

The Government on Monday controversially rejected a recommendation from Nphet to move to the most severe level, Level 5, amid a public row between the Government and its public health advisers.

On Thursday night, one source said there was “nothing too dramatic” at the latest meeting of Nphet and that at least another 10 days will be needed to see if the current restrictions are reducing the spread of infections.

This is despite Chief Medical Officer Dr Tony Holohan saying on Wednesday that he was more concerned about how Covid-19 is spreading in the State now than he was when the recommendation to move to Level 5 was made to Government.

“All of the major indicators of this disease have gotten worse – our concern is getting greater and faster,” he said.

A letter has been sent to Government from Nphet and will be considered at a Cabinet sub-committee on Friday alongside plans for enhanced enforcement of Level 3 measures including potential fines for those who breach travel restrictions.

There was one additional death related to the virus and 506 further cases of the disease reported by the Department of Health on Thursday.

In Northern Ireland, there were a further 923 cases of the disease reported, the second highest daily total during the pandemic.

First Minister Arlene Foster warned that Northern Ireland was in a “grave and serious situation” and that the North’s Ministers were facing “some of the toughest decisions” they have ever had to make.