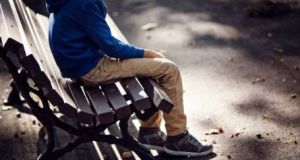 The Cork Association for Autism recruited a contractor to “mitigate the risks” posed after the Health Information and Quality Authority issued a notice of proposal to cancel CAA’s registration in February 2017. File photograph: Getty Images

The Cork Association for Autism (CAA) recruited the contractor to “mitigate the risks” posed after the Health Information and Quality Authority (Hiqa) issued a notice of proposal to cancel CAA’s registration in February 2017.

The July 2018 HSE audit said the individual was hired by CAA on a six-month contract in April 2017. The individual was charged with “providing a senior manager to take over all responsibility for the services of CAA” and “the provision of management support”.

A fee of €17,795 per month was agreed, at a total cost of more than €100,000. The audit said the individual invoiced a further €72,000 in “mileage, accommodation, and management fees” but these were not paid by CAA. It said this was because it did not get an additional budget allocation from the HSE to cover these costs. “Similar costs in respect of 2018 continue to accrue for CAA,” it added.

The audit also revealed that the individual was not paid between October 2017 and April 2018 as the monthly amount on the invoices increased to €21,295. It said this increase was not agreed. In May 2018 the individual received payment for October to December 2017 at the the original agreed monthly rate.

A spokeswoman for HSE’s Cork Kerry Community Healthcare (CKCH), which became the temporary registered provider of CAA last year, said the external provider was brought in to “provide some management support – this was needed to provide continuity for residents and to retain Hiqa registration.”

She said the HSE worked with CAA to “achieve the improvements needed to avoid the cancellation of registration of services by Hiqa”.

She said a detailed procurement process was under way to identify a new external provider of this service. “The wellbeing of residents and people using the services at CAA has been CKCH’s absolute priority in our interactions with CAA, and the provision of quality, safe care for these people remains of the utmost importance,” the spokeswoman added.

Further irregularities were noted in the audit in respect of a subdivision of CAA known as Aspect, which provides support to adults with Asperger’s Syndrome.

The audit said €1.3 million out of CAA’s annual €5.8 million budget went to Aspect despite the organisation not being a registered company or charity. The audit said CAA did not have control over the employment contracts, rates of pay, bank account or credit card of this division.