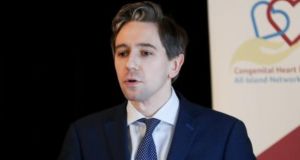 Minister for Health Simon Harris: “I knew there was a potential issue, but I did not know there were 6,000 women waiting to be retested.”

Minister for Health Simon Harris has moved to reassure women who will have to be recalled for repeat smear tests that the clinical risk is “exceedingly low”.

Mr Harris has denied he was aware last December that 6,000 women would need to be re-tested after a lab discovered that some samples were being tested outside of recommended time frames.

“I knew there was a potential issue, but I did not know there were 6,000 women waiting to be retested,” he told The Irish Times.

He said he had requested a report from the Health Service Executive on the matter which he still has not received.

“The bottom line is we were waiting and are still waiting to this day to receive the report. Even when we knew there would be 6,000 women impacted, it was not known whether they would all need retests.”

This is, he said, because the clinical risk is “exceedingly low”.

The 6,000 women who will be recalled for repeat smears are those whose smears showed up some abnormality on initial reading. Their slides were then to be tested for the HPV virus but this did not happen within the recommended time frame for such testing. The HPV test should be carried out within 30 days of the smear being taken, but it has transpired that Quest Diagnostics, a US lab contacted by the CervicalCheck screening programme, was counting 30 days from when they received the tests, not 30 days from when the test was taken.

The HSE said the HPV testing was still “likely” to be accurate even when carried out after the recommended date. However, as a precaution, it was asking women affected by the issue to attend their GP for a repeat smear.

The women involved will be written to by the end of next week, it said. The repeat test will be free and processed “as a priority”.

On average, 15 out of every 1,000 tests processed by CervicalCheck display abnormalities, or changes in the cells of the cervix. Low-grade abnormalities result in samples being tested in labs for HPV.

The 221-plus CervicalCheck Patient Support Group welcomed the fact that the HSE had communicated openly on the issue, and on the huge backlog of results that has arisen since free repeat smears were offered last year, but said they raised questions about the capacity of the health services to respond effectively to women’s health issues.

Stephen Teap, a member of the group, said the latest controversy was “the typical fallout” from a screening programme that was, in the words of Dr Gabriel Scally’s report on CervicalCheck last year, “doomed to fail”.

“There has been fear and anxiety injected into the women and families of Ireland again on the back of this.”

The HSE has written to doctors and other health staff saying the problem with the HPV testing related to the years 2015 to 2018.

Meanwhile, a briefing document sent to Fine Gael TDs has stated that “the Government is determined that some good can come from the controversy around CervicalCheck”.

It states: “The Minister was made aware in December of a potential issue regarding HPV testing and that work was under way by the HSE to assess if there was action required. He sought regular updates on all matters relating to CervicalCheck but to date a final report on the HPV testing issue has not been received.

“The issue has been discussed at the CervicalCheck steering committee and referenced in published weekly reports on the Department of Health website. However it is important to state the full report from the HSE is not available and was not made available to the committee members.”

In the briefing note, Government TDs are told the issue in relation to the 6,000 affected women is over a process used by Quest Diagnostics to process HPV tests on a “small proportion of samples”.

The laboratory in question had dated samples from the day they had been received, not when the samples had been taken. Sources have said that the period of time between these two would usually only be about a week.