Breakthrough on diagnosis of rheumatoid arthritis 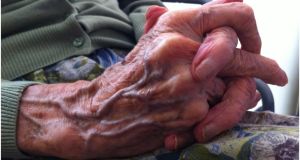 Rheumatoid arthritis patients most likely to suffer the severest effects of the condition can be identified early and fast- tracked for treatment, following a discovery by scientists at University College Dublin.

The researchers have identified a protein (C5orf30) that regulates the severity of tissue damage caused by rheumatoid arthritis (RA), an autoimmune disease that causes inflammation, pain, stiffness and damage to the joints of the feet, hips, knees and hands.

The discovery will facilitate early diagnosis of severe cases, leading to aggressive treatment and a consequent reduction of damage to the joints. There are about 40,000 people in Ireland with the condition, 70 per cent of them women.

Although there is no cure for the condition, effective new drugs are increasingly available to treat it and prevent deformed joints. Self-management by patients, including exercise, also reduces pain and resulting disability.

“Our findings provide a genetic marker that could be used to identify those RA patients who require more aggressive treatments or personalised medicine,” said Prof Gerry Wilson from UCD school of medicine, who led the research.

John Church, chief executive of Arthritis Ireland, said “30 years ago, rheumatologists’ waiting rooms were filled with people in wheelchairs. Today, the outlook for a person is much brighter.”