Use of revolutionary drugs has led to ‘a triumph of science’, says hepatologist 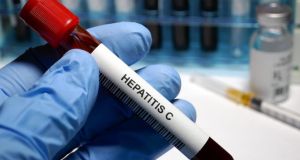 Hepatitis C is often referred to as a silent disease. Photograph: iStock

Up to 98 per cent of patients with hepatitis C virus have been cured thanks to the use of revolutionary anti-viral drugs over the past four years, new figures show.

The figures from the national treatment registry for Irish hepatitis C patients represent “a triumph of science”, Dr Diarmuid Houlihan, a hepatologist at St Vincent’s University Hospital told a conference in Dublin on Monday.

Hepatitis C is a virus that infects and damages the liver. It can cause inflammation scarring of the liver, which in some people can progress to cause serious liver damage, such as cirrhosis. It is often referred to as a silent disease, as symptoms can take several years to develop and people do not realise they have the disease.

A national treatment programme was set up in 2014 in seven designated centres to take advantage of the development of newly developed anti-virals offering high cure rates. The approach was to treat the sickest patients first, and an early access programme for patients with liver cirrhosis, the more advanced form of the disease, began that year. The threshold for access to the programme was eased over the succeeding years as more patients were treated.

Since 2014, 3,476 patients have been treated, according to the registry, most of them male. The average age of patients was 47 and a third had cirrhosis. About 11 per cent were also infected with HIV and about a third were on opiates substitution treatment.