A third of Irish adults have used ‘withdrawal method’ as contraception 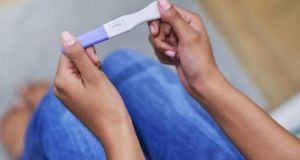 Women of all reproductive ages in Ireland experience pregnancies that are unplanned, unwanted or represent a crisis to them, says IFPA

A third of adults are using or have used the “withdrawal method” to avoid pregnancy, according to a survey carried out for the Irish Family Planning Association (IFPA).

Reliance on it as a method of contraception was highest among 18 to 34 year olds (at 34 per cent) and lowest for adults over 55 years (at 25 per cent).

On a regional breakdown, use of the “withdrawal method” to avoid pregnancy was highest in Connacht/Ulster (38 percent). In contrast, 31 per cent of respondents in Munster said they used it as a means of contraception, 28 per cent in Dublin and 27 per cent in the rest of Leinster.

An IFPA spokeswoman said behaviour could be attributed to lack of sexual education and/or a propensity for risky behaviour.

Almost a quarter of all women reported experiencing an unplanned or crisis pregnancy in the past. Among 18-34-year-olds, the figure was 16 per cent.

According to the IFPA, an unplanned or crisis pregnancy is defined as a pregnancy which is neither planned nor desired by the woman concerned and which represents a personal crisis for her.

Reliance on condoms was highest amongst younger adults, aged 18-34, with more than 40 per cent saying they used them.

Commenting on the research, Dr Caitríona Henchion, medical director of the IFPA, said women of all reproductive ages in Ireland experience pregnancies that are unplanned, unwanted or represent a crisis to them.

“If a pregnancy would be a crisis for a woman or couple, then it makes sense to use a contraceptive method they can rely on,” she said.

She said the research showed one in 10 couples are currently using the unreliable withdrawal method rather than condoms or other reliable methods of contraception.

“This is really concerning and shows that there is a need for more education and knowledge so that women are empowered to make the choice of contraceptive that’s best for them,” she said.

Chief executive of the association, Niall Behan, said the perception that unintended pregnancy only happens to young women is simply wrong.

“An increasing number of women aged over 35 are attending our pregnancy counselling services,” he said.

He said there have never been more contraceptive options, including hormonal methods and barrier methods, such as condoms and diaphragms.

The IFPA, a sexual health charity, partnered with Durex Ireland to conduct the research as part of a collaboration aimed at creating a positive change in Ireland’s sexual health and contraception practices.

The survey was carried out by iReach market Research.