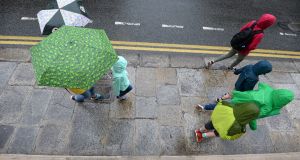 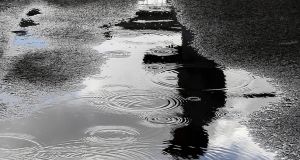 The warning comes as the aftermath of Hurricane Gert moves across the Atlantic towards northwest Europe.

The forecaster warned the northwest looked set to be the worst affected although details were still uncertain.

“High rainfall totals are likely in places late Sunday and on Monday, especially across western and northwestern counties with the risk of localised spot flooding”, it said.

While Sunday will begin dry, thundery and heavy rainfall is expected from the afternoon. Hill and coastal fog will form in some areas with highest temperatures of 19 degrees.

Gert made its way north from the Caribbean, but did not make landfall in the United States, instead tracking the eastern seaboard before heading northeast where it has turned into an Atlantic depression.

August has so far been an exceptionally wet month for the east coast. Some 40mm of rain fell in Dublin last Monday, more than half the average for the month in the capital.

Met Éireann says there is a high degree of uncertainty in the weather outlook as the remains of Hurricane Gert move towards northwest Europe, so forecast details for Ireland are likely to change from day to day, and the weather looks set to remain changeable.