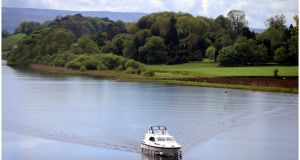 The Government has unveiled a multi-billion euro investment programme to improve the quality and management of Irish water - two years after it was supposed to have been submitted to the European Commission.

The new River Basin Management Plan aims to overhaul the management of Irish water and the protection of environmental water quality over the next four years.

The plan outlines measures the State and other sectors will take to improve water quality. A total of 190 major bodies of water are prioritised in the plan; these are home to 762 rivers, lakes, estuaries and coastal areas.

The overall cost of the plan has not been published though it includes the proposed €1.7 billion spend by the Irish Water utility on investment in the years 2018-2021.

New measures to protect water sources and to end the worst cases of raw wastewater discharges into bathing waters are also committed to.

With 45 per cent of treated water unaccounted for, €73 million a year is to be spent on reducing water leakage. This is predicted to save 61 million cubic metres of water each year, equivalent to total non-domestic water demand in the Greater Dublin Area.

“Economically, water-intensive sectors such as the agri-food, tourism and hospitality sectors – which collectively sustain approximately 400,000 jobs, many in rural Ireland – will also benefit from greater protection of water supply sources and cleaner natural waters,” said Minister for Housing, Planning and Local Government Eoghan Murphy after the plan was published on Tuesday.

– A new agricultural sustainability support and advisory programme – a partnership between the State and the dairy industry. A total of 30 “sustainability advisers” will engage collaboratively with farmers to promote agricultural best practice across the dairy sector in the 190 targeted areas.

– A team of 43 specialist local authority “investigative assessment personnel” is being put in place to carry out scientific assessments of water bodies and drive implementation of measures at a local level, especially with community groups.

– A “Blue Dot Catchments Programme” to focus efforts and resources on protecting the “highest quality” (most vulnerable) waters, most of which are in the West.

– A greater focus on protecting drinking water sources in more 700 public and private drinking water supplies, while all significant water extraction points will have to be registered.

– Bord na Móna is to rehabilitate 25 peatlands (cutaway bogs) as it continues to phase out peat production for energy use.

The plan is a legal requirement under the Water Framework Directive (WFD), and will be submitted to the EU later this week. It is two years overdue.

Difficulties with Irish Water, notably arising from attempts to introduce domestic water charges, delayed its completion. The Directive requires virtually all waterways be classified as “good” by 2021 - currently 52 per cent of rivers are classified as “unhealthy”.

Water quality in Ireland has deteriorated over the past two decades and the plan acknowledges the need for a more coordinated effort to ensure waters remain clean, backed by a more robust governance structure to ensure better delivery.

The previous plan covering the 2009 to 2015 period was over-ambitious and marred by poor implementation - while the quality of most sensitive rivers and lakes continued to decline though overall quality has stabilised.

Speaking after briefing stakeholders, Mr Murphy said: “This Plan is underpinned by strong implementation structures and a commitment to meaningful community and civic participation.”

“Environmental water quality is vital to clean water sources, clean food production, good quality of life and protecting public health and the environment. This plan represents the most coordinated and ambitious roadmap for improving water quality that Ireland has ever produced. All involved in influencing and delivering it should be proud.”