Unique consultation brings climate down to the citizens 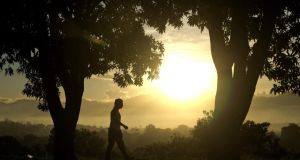 From Afghanistan to Zimbabwe, people from 80 countries will come together around the world today for the largest ever global debate on climate change.

The “World Wide Views” meeting is a unique experiment in simultaneous civic participation, hearing opinions from more than 10,000 people in more than 80 countries in one day, from 10am to 5pm.

Organisers hope that, by bringing ordinary citizens to a table previously dominated by bureaucrats and lobbyists, they can help break the long-running deadlock in UN talks to find a successor to the Kyoto Protocol.

WWViews says its day-long event – held from dawn in Fiji to dusk in Arizona – is neither a campaign nor is it about telling people what they should think on climate change.

“It is about asking them what they think and about making an effort to involve policy-makers and stakeholders in a dialogue about citizens’ views,” said Björn Bedsted of the Danish Board of Technology Foundation, global co-ordinator of the event and based in Copenhagen, scene of a UN climate conference debacle in 2009.

Participants have been chosen to reflect the demographic diversity in their country or region and have received information packs detailing all sides of the debate on climate change and energy policy. They will watch identical introductory videos, debate the issues, and vote on identical questions.

The conclusions will be collated and communicated to the June session of the UN Framework Convention on Climate Change (UNFCCC) now under way in Bonn and to November’s UN climate conference (COP21) in Paris.

Christiana Figueres, executive secretary of the UNFCCC, welcomed the WWViews debate as a “unique engagement . . . on one of the greatest challenges of this generation”.

“It is an important contribution to galvanising public understanding of what can often seem a highly complex topic, but one that goes to the heart of everyone’s lives,” she said.

Anticipating challenges from all camps, WWViews organisers say the information given to citizens has been vetted by a scientific advisory board for accuracy and balance. The World Wide Views method was developed in Denmark from 2008 to address fears of a widening democratic gap between citizens and policy makers on technological and environmental issues which are increasingly co-ordinated by international negotiations.

“Experts, industry and interest groups and NGOs have found ways to influence and interact with such negotiations,” said Mr Björn Bedsted, “but ordinary citizens have practically no role in these processes.”

There is no meeting in Dublin but anyone interested can watch live streams and results – as well as download the information material and videos – on http://climateandenergy.wwviews.org/results/

1 Coronavirus: What we know so far about how Ireland is affected
2 Mass gatherings due to go ahead in Ireland amid coronavirus outbreak
3 ‘Several killed’ in shooting at Milwaukee brewing company
4 Cancellations and confusion as coronavirus threat edges closer
5 Stormont finance minister told at Sinn Féin rally he has nothing to apologise for
Real news has value SUBSCRIBE