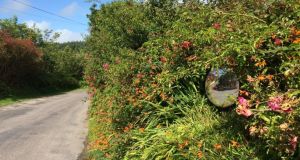 Conservationists have warned that new legislation on hedge cutting and burning poses a threat to Irish birdlife and habitats.

A petition from a group of wildlife organisations calling on the Government to reverse a proposal extending the period of time in which vegetation can be cut and burned attracted 11,000 signatures in four days.

Farming associations, however, have welcomed the measures, saying they provide greater flexibility in terms of field management.

The Irish Wildlife Trust, Birdwatch Ireland, An Taisce and the Hedge Laying Association of Ireland say the new measures will have a serious impact on a range of wildlife species and habitats.

The annual ban on hedgerow cutting currently runs from March 1st to August 31st. It is designed to protect habitats during nesting and breeding season and outlaws the cutting, grubbing, burning or destruction of vegetation.

Pilot measures proposed by Minister for Heritage Heather Humphreys in the Heritage Bill 2015 will allow managed hedge cutting in August and will also give the Minister the power to allow controlled burning in certain areas during March.

These powers will expire after two years but can be continued by resolution of the Dáil and Seanad. “Monitoring of activity under the new provision and an assessment of the impacts will be carried out before any decision is taken,” Ms Humphreys has said.

Birdwatch Ireland and the Irish Wildlife Trust said there was no need to introduce new legislation. Under the current legislation, local authorities already have the power to cut hedgerows for health and safety reasons, such as road visibility.

“We don’t understand why these changes have to be made considering there are already loads of exemptions,” said Birdwatch Ireland policy director Oonagh Duggan.

Ms Duggan said a large group of people with environmental concerns were being ignored. “The petition response is astonishing and is not what we expected. It’s incredible and it just shows you that there’s a cohort of people out there whose environmental voice and care for nature in Ireland is just not being heard by this Government.”

Ms Duggan added that birds such as the yellowhammer, the curlew and other breeding waders have already been seriously affected by agricultural intensification. She argued that the Government should be doing more to protect habitats instead of relaxing laws on hedge cutting.

The Irish Farmers Association (IFA), which has lobbied to have the cutting period extended, said it was happy to now see movement on the issue.

“What is actually being allowed is not the knocking of trees or the cutting of hedges, it’s the cutting of one-year growth,” said IFA environmental and rural affairs chairman Harold Kingston. “That’s pretty much what we’ve been suggesting as suitable for doing in August because the last thing we want to do as farmers is cause harm to bird life.”

He added that the new measure will allow farmers to cut back hedge growth that encroaches on their fields, something he said farmers need to do every few years.

“This is purely to do with managing what is a planted structure and managing it to ensure safety on roads and management practices within a field,” he said.