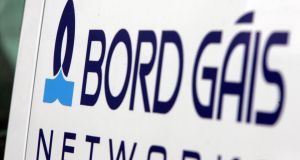 “Bord Gáis Energy has key capabilities that can be quickly deployed to assist in the successful establishment and operation of Irish Water,” internal Department of Environment documents stated. Photograph: Cyril Byrne

The cost of setting up Irish Water was expected to be “minimal” when compared to its eventual efficiency savings, according to internal Department of Environment documents drawn up last year.

The briefing material, drawn up for the department’s secretary general, show that precise set-up costs had yet to be determined.

But it pointed to the establishment of Scottish Water – formed from the merger of three regional water authorities – which led to the cost savings of about 40 per cent over a four-year period.

John Tierney, the head of Irish Water, last week revealed the agency has spent €50 million on external consultants during the agency’s set up phase.

The scale of spending has been criticised by Government and Opposition TDs and senior staff are due to be questioned on the issue at an Oireachtas committee later today.

The documents – drawn up for an Oireachtas committee meeting last year – also say the decision to set up Irish Water as a subsidiary of the Bord Gáis Group would allow the new agency to draw on the skills of an experienced public utility.

“Bord Gáis Energy has key capabilities that can be quickly deployed to assist in the successful establishment and operation of Irish Water,” they state.

“This includes experience in operating as a utility in a regulated environment and a track record in raising finance and . . . specific skills from its own experience of transformation, customer relations, network management, metering, utility operation that can be quickly deployed to assist in the successful establishment and operation of Irish Water.”

It added: “The skills within the Bord Gáis Group will be paired with the experience and commitment to service in local authorities and the specific water and wastewater capabilities and expertise that exist in local government to build the new organisation.”

Other material indicates the new organisation – which is due to start billing customers early next year – will be left with a legacy of under-investment over recent years.

It costs about €1 billion to maintain Irish water services annually. But Government investment in water infrastructure has fallen by almost a third between 2011 and 2014, down from €435 million to €296 million.

Briefing notes state the extent of future funding will be determined through “engagement with economic regulator on the level of charges, securing of operational efficiencies . . . and the extent to which Irish Water will be able to access financial markets to fund its investment programmes.”

Irish Water will be expected to increase investment to up to €600 million per annum, according to documents released under the Freedom of Information Act.

Rate of charges
The rate of water charges will be determined by the Commission for Energy Regulation, which will be charged with protecting the interests of customers.

While tariff structures have not yet been agreed, documents note that the average annual water costs for customers in Scotland are €370.

These, however, are unmetered charges and are instead linked to council tax bands .

Irish Water will also be required to have a range of options in place to assist any householders who have difficulties paying their bills, while people on low incomes or with medical problems may benefit from lower charges.