Science centre will not be built in Iveagh Gardens, says OPW

A number of trees will be felled to accommodate the development 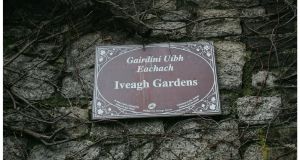 An online petition headed ‘Save The Iveagh Gardens’ has attracted more than 10,000 signatures in less than a week. Photograph: Bryan O’Brien.

The Office of Public Works (OPW) has rejected claims that it plans to build a National Children’s Science Centre in the grounds of Dublin’s Iveagh Gardens.

The petition claims part of the east side of the park “will be replaced with a science museum, a plaza, concrete ramps and street lighting” and to facilitate this “they will demolish the 140-year-old wall, fell the magnificent old trees and destroy wildlife habitat”.

The development is an “unwanted building plan” the petition states. “We want The Iveagh Gardens to remain intact and not to be built upon.”

However the OPW, which secured planning permission to build the science centre at the neighbouring National Concert Hall more than a year ago, said “no part of it is to be built on the Iveagh Gardens.”

An Bord Pleanála in September 2016 granted permission for the science centre at the old north wing of the National Concert Hall on Earlsfort Terrace, which has been largely empty since the UCD School of Civil Engineering moved out in 2007.

The development involves the refurbishment and restoration of the north wing and part of the east wing of the concert hall and the construction of a four-storey extension, with a planetarium dome, close to the boundary of the Iveagh Gardens.

The planning board also granted permission for the demolition of a section of the boundary wall along the Iveagh Gardens, for a new access ramp and steps into the gardens. A number of trees would be felled in the gardens to accommodate the development.

“Historically, the Iveagh Gardens was linked to the buildings at Earlsfort Terrace and indeed the landscape design directly responded to those buildings.

The trees that had grown in the area had “self seeded” and were “not part of the original landscape design,” it said.

The centre, which is expected to be opened by 2020, is designed to appeal to children aged between four and 16, but is expected bring in up to 150,000 visitors of all ages every year when works are completed.