Plastic recycling must increase 80% by 2030 to meet EU targets 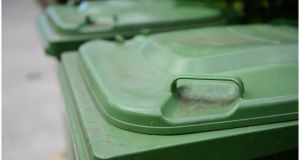 Ireland must increase its plastic packaging recycling by up to 80 per cent by 2030 if it is to meet strict new EU targets, according to the recycling body Repak.

The requirement will pose “a monumental challenge” to all sections of Irish society, said its chief executive Séamus Clancy.

A dramatic reduction in plastic consumption is unlikely to be achieved in the short-term, Repak concludes in its new plastic packaging recycling strategy for the period up to 2030. It has called on the Government to urgently establish a plastics working group to oversee the transition.

At a briefing in Dublin, Mr Clancy said: “This is something that will require a monumental social change in attitudes to plastic use. Our ‘take-make-use-dispose’ attitude to plastic cannot continue and will have to be replaced with a more circular, recycle and reuse approach.”

“Everybody along the waste supply chain will have to play their part including Government; producers of packaging, the consumer, waste recovery operators and Repak itself,” he added.

Under the European Commission’s circular economy package, and a new directive requiring an end to single-use plastic, Ireland must increase its plastic packaging recycling from 98,000 tonnes today to 175,000 tonnes by 2030, when all plastic must be recyclable. The targets are legally binding; missing them will result in substantial, but not yet quantified, fines for member states.

The transition will have to be done at a time when both the economy and population are growing, with Ireland expected to have a population of 5.6 million by 2030, Mr Clancy said.

In spite of a strong plastic recycling performance in Ireland of 36 per cent, which is in excess of current EU targets, 20 per cent of Irish plastics “are still ending up in landfills or being incinerated”.

The report shows 87,000 tonnes of non-recyclable content is ending up in (green) recycling bins every year and is preventing plastic material from being recycled due to contamination, which can be as high as 40 per cent in some urban areas. Meanwhile, the majority of soft plastic film is not recyclable at present.

While around 40 per cent of all plastic produced is used to protect and preserve products, such as food, most of this packaging gets thrown away immediately and not all of it is recyclable, Repak notes.

Mr Clancy questioned “out of sight, out mind” attitudes that are prevalent in spite of huge environmental and infrastructural demands facing the country. “How much as a society, as a business, as a community, do were really care about it?”

He cited the case of 750,000 tonnes of food waste generated every year. “Just think about the amount of plastic packaging on that food waste alone. If we could drop it by quarter of a million tonnes we would probably save up to 10,000 tonnes of plastic. So why are all of our fridges and freezers full with foods covered in plastic that we end up throwing out?”

Ireland’s current plastic recycling rate is 36 per cent, well above the current EU target of 22.5 per cent. “However, one in every five tonnes of plastics is still ending up in landfill in Ireland and 25 per cent of all content ending up in green bins is not actually recyclable. This makes achieving this target even more challenging,” Mr Clancy said.

Repak is to review its members’ fee structure to incentivise the use of more easily recyclable products. Its member companies are being asked to take a “plastic pledge”, committing producers to reduce their complex packaging, use more recyclable material in their packaging and embrace “eco-design” when introducing new products – 80 per cent of the sustainability of a plastic product comes from the design, he noted.

The strategy sets out 35 proposed actions and highlights significant challenges including difficulties collecting recyclables – especially from apartment and office blocks – a street litter problem which means every item picked up goes straight to landfill, and confusion about what is biodegradable and what is recyclable.

“The issue is complex and there are gaps in the information between the EPA plastics packaging waste data and Repak’s member data, requiring a new and dynamic policy environment,” he said Repak estimates €200 million of investment across public and private sectors is needed.

Responding to the strategy, Social Democrats spokesman on energy and climate Change, Cllr Cian O’Callaghan said the onus on ending the use of non-recyclable plastics must be placed squarely at the door of producers and supermarkets pushing plastics on consumers.

“Repak is out today asking everybody in the country to recycle at least one more item of plastic per week. That’s all well and good – but it’s galling for individual consumers when on a daily basis a ceaseless tide of plastics is foisted on us in supermarkets. Like many consumers, I don’t want to buy two courgettes in my local supermarket wrapped in a plastic tray and a film, one of which cannot be recycled in Ireland,” he added.