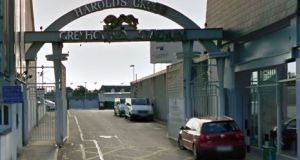 Semi-state bosses hoping to sell off a greyhound stadium for development claim the green space is not needed – as there is a cemetery across the road.

The debt-ridden Irish Greyhound Board has hired private consultants to help lobby politicians that Harold’s Cross dog track in Dublin should be rezoned for housing.

Consultants McCutcheon Halley Walsh have drawn up a report claiming a sell-off of the stadium would not impact on tens of thousands of local residents as they are already well-served by open space.

However, about half of the “public open space” referred to in their report is the privately-owned Mount Jerome cemetery.

The burial ground provides an “important escape” for locals, the report argues.

It adds: “Graveyards offer a much different amenity space for the public compared to active playing fields and playgrounds and this is often reflected in the age profile of attendees.”

But cemetery manager Alan Massey said they had made a “grave error”.

“It is open to the public to visit but it is not a public space as in a park,” he said.

“We don’t encourage the playing of football, riding bikes or having a picnic here for obvious reasons.”

Several TDs, councillors and council officials have been lobbied by the greyhound board in its attempts to rezone the six-acre Harold’s Cross Greyhound Stadium site to plug a €21 million hole in its finances.

After “a number of queries”, the consultants defended its original study in a separate eight-page report saying its figures “are accurate, not massaged” and could have been increased further by using a “more unorthodox methodology”.

It says “recreation and activity generally permitted and enjoyed in Mount Jerome includes walking, walking a dog, or simply sitting out in the open space and enjoying features such as landscape and trees.”

But Tony McDermott of the local Harold’s Cross Village Community Council said residents “would not regard the cemetery as open space that can be enjoyed by them.

“The report also includes Eamonn Ceannt Park on Sundrive Road. However, the closest entrance is further away than families and, in particular, children and seniors can reasonably be expected to walk to a park on a regular basis,” he added.

The community council believes the site should be used for a secondary school and playing fields.

The Department of Education has already earmarked money to build a new secondary school by 2018 that will serve children in Dublin 2, 4 and 6.

However, it has not yet found a suitable site.

“We consider that the stadium would offer a perfect site for the provision of a new school and associated playing facilities which could also be made available to the local community when not in use by the school,” Mr McDermott added.

“The fact that the site is already in public ownership should facilitate such a development.”

The greyhound board ran up massive debts after developing a new stadium in Limerick in 2010.

A separate consultants’ report has recommended it offload the Harold’s Cross site to help raise cash.

Late last year an attempt to rezone the site was blocked after a challenge by local councillors.