Marine conservation plans seem to be all at sea

On a number of fronts, the State’s efforts to protect the marine environment appear to be running into the sand 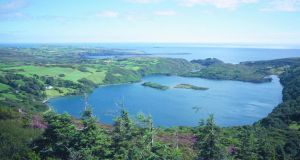 What do Pitcairn islanders in the southern Pacific, residents of Lyme Bay in Britain and Lough Hyne in west Cork have in common? All live on, by or close to some of the world’s first dedicated marine reserves.

Some 1,249 marine species including seabirds are said to have been recorded in Pitcairn’s exclusive economic zone (EEZ) which is 20,000 times the size of its landmass across four islands, and its seawater is described as some of the clearest in the world. Three years ago, the islanders were approached by the Pew Environment Group, part of the international charitable trust, and asked if they would sign up to a large “no-take” zone in their waters.

A similar collaborative approach was taken by the British Blue Marine Foundation, chaired by environmental journalist Charles Clover, when it sought to engage with the Dorset/Devon coastal community of Lyme Bay in 2012. Four years before, the British government’s decision to close off 60 square nautical miles of the bay to scallop dredging and bottom-trawling had been a failure, as it resulted in the doubling of other fishing techniques. Under a new partnership brokered by Clover’s foundation and part-funded by Marks & Spencer, fishermen from four ports signed up to a voluntary code to restrict the amount of gear used by any one boat to 250 crab and lobster pots, 500 whelk pots and individual nets of a maximum 600m. The partnership, which is more “low impact” than “no-take”, aims to “boost tourism and the local economy”.

The “giant rock pool” that is Lough Hyne is Ireland’s one and only marine reserve under the 1976 Wildlife Act. Its protected status dates back to an order signed by the then fisheries minister Paddy Power in 1981. Scientific study of its unique biodiversity has been the marine lake’s main economic activity for well over a century. However, coastal areas relying on commercial fishing and shellfish harvesting for their income may be subject to similar designations if the Government meets commitments under the Marine Strategy Framework Directive.

That directive was enacted into Irish law in 2011 and aims to ensure that the waters of “blue Europe” achieve “good environmental status” by 2021. Last October, at an international Pew Environment Group meeting in Malahide, Dublin, a number of marine scientists conferred with Pew marine fellowships reminded Minister for the Marine Simon Coveney of that obligation, when they jointly called on him to establish a network of marine protected areas which would “exclude damaging fishing” practices.

Turbulence ahead
There’s turbulence ahead, if the State’s approach to fulfilling the habitats directive on land is anything to go by. Inconsistencies, poor communication and lack of stakeholder engagement have dogged implementation when it comes to protecting the biodiversity of raised bogs; while in north Mayo, farmers who require permission for small-scale works wonder why a high-pressure gas-pipeline tunnel is approved for a special area of conservation.

At sea, Europe’s uneven implementation of its Common Fisheries Policy has nurtured a “survival of the fittest” attitude in its second largest sea area off this coastline. The recently revised policy promises much in the way of sustainability, including a discards ban, over the next 10 years, but since its inception it has done little to protect sensitive spawning grounds. Within the 12-mile limit, attempts by Bord Iascaigh Mhara to pioneer an inshore fisheries management policy have never received sufficient political support.

Meanwhile, shortly after the Dutch freezer trawler Annelies Ilena, formerly the Irish-owned Atlantic Dawn, was detained for suspected “high grading” of fish, other large vessels could be seen working close to this coast from the headland on Achill Island in Co Mayo.

Almost two years ago, Coveney published the Government’s integrated marine plan, Our Ocean Wealth, which set out two ambitous targets: to exceed €6.4 billion a year in turnover from the State’s maritime sectors by 2020, and to double its contribution to gross domestic product to 2.4 per cent a year by 2030.

Meanwhile, a draft management plan for west Cork’s Roaringwater Bay – deemed a site of exceptional conservation importance, supporting diverse marine and terrestrial habitats – is causing some upset. The plan aims to close areas for shrimp potting and scallops in a conservation area extending from Baltimore as far west as Goleen, but local fishermen say that they were assured that there would be no such moves until a study by the Marine Institute and Bord Iascaigh Mhara on the impact of shrimp pots was carried out. The scallop closure area proposed is much larger than agreed, they contend.

“We just don’t seem to do serious stakeholder engagement in this country,”says Francis O’Donnell, the chairman of the Federation of Irish Fishermen. He recalls hearing about six marine conservation zones last March “on the radio”, without any prior consultation with the industry.

Pádraic Fogarty, the chairman of the Irish Wildlife Trust, believes an awareness of the benefits of protection has to be precede any attempt by the State to impose conservation measures now, and that the first approach should come from communities. He has been following the debate in Britain, where implementation of marine conservation zones has proved acrimonious when its fishing fleet is under pressure from competing interests such as offshore wind farms.

“No one is really a winner there, whereas we would like to show that MPAs can work, and that this is not just theoretical,” Fogarty says. “The developing world is taking the lead on this, in that fishermen in areas like Mexico and the Phillippines have been initiating regulation themselves.”