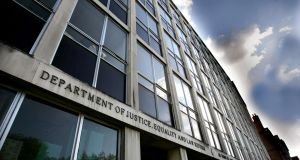 Locals complained they had not been properly consulted by the Reception and Integration Agency, which is part of the Department of Justice, Equality and Law Reform. Photograph: Matt Kavanagh

Locals in Lisdoonvarna, Co Clare, who attended a public meeting this week, have voted overwhelmingly to reject Government plans to accommodate 115 asylum seekers in the town.

Nearly 93 per cent voted to reject plans by the Reception and Integration Agency to house asylum seekers in the King Thomond Hotel owned by hotelier Marcus White, a key figure in the town’s annual matchmaking festival.

Before the vote, Mr White said he would abide by the locals’ decision: “If the village is not able to accommodate 115 people, so be it. I’m not going to do something to hurt this town.”

One hundred and ninety seven people who took part in a secret ballot vote organised by Lisdoonvarna Fáilte rejected the plan. Just 15 voted in favour.

Now as a result of the vote, chairman of Lisdoonvarna Fáilte Paddy Dunne has called on Mr White to honour his undertaking not proceed without locals’ consent: “I hope Marcus will listen now and reconsider.”

Saying that locals had no animosity towards him, Mr Dunne said: “We really appreciate everything he does for the village bringing in tourists but it is too much for the community to handle.”

Locals in the 300-strong village fear it would struggle with such numbers and they complained they had not been properly consulted by the Reception and Integration Agency, which is part of the Department of Justice, Equality and Law Reform.

Lisdoonvarna is deeply sympathetic to both refugees and asylum seekers: “It is not a question that we don’t want these people. it is the fact that they want to increase the population of the village by 38 per cent.

“People in the village will be welcoming to a lesser number, but not 115. It is not about the asylum seekers coming, it is about the way in which the Government has conducted this, having no consultation and no facilities in place,” he said.

Responding, the RIA said the Department for Justice had agreed a year-long contract with the hotelier which “should not put an undue strain on existing resources and services” in the village.

The first asylum seekers were due to arrive on March 5th and this has been put back a week due to the current weather conditions. The plan cannot be further delayed, it said.