The winners of the 2016 Tidy Towns awards are announced on September 26th. Judges and competitors explain the contest’s increasing focus on the environment 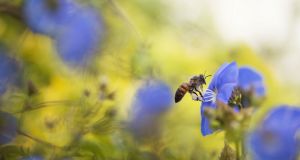 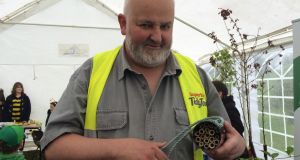 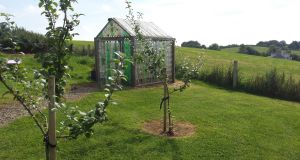 The greenhouse made from plastic bottles in Glaslough, Co Monaghan, as part of its Tidy Towns project. It is powered by a windmill made from discarded aluminium cans

If you think the annual Tidy Towns competition is all about hanging baskets, litter-free streets and freshly painted shopfronts, think again. Yes, these things matter, but the annual volunteering effort in towns and villages has also spawned environmental innovation across Ireland.

Take the village of Glaslough, in Co Monaghan. Originally built by the nearby Castle Leslie estate, Glaslough has been entering Tidy Towns contests for 50 years. In recent years its competition committee has built a windmill from discarded aluminium cans. This powers the electricity in a greenhouse made from plastic bottles.

Rainwater from the roof of Glaslough community centre is harvested to use for watering plants, and 130 houses in the village are about to undergo energy audits, ahead of a residential retrofitting project.

“It all started when we realised that we were spending a lot of money on flowers every year,” says Louise Duffy, a Glaslough Tidy Towns volunteer. So, rather than buy flowers that had to be replanted every 12 months, the committee bought seedlings and harvested and replanted flower bulbs each year.

“We made a polytunnel from recycled rings from mushroom houses, and started to grow our own flowers,” says Duffy. “We have more perennials now and wild flowers, too, in our biodiversity garden. We harvest rainwater from the community centre in a 1,000-litre water butt.”

Glaslough won the 2015 sustainable waste and resource management award. It also won the Tree Project Award in 2014 for its tree trail through the village.

Billy Flynn, environmental consultant and adjudicator of Tidy Towns, says the competition is a barometer of government environmental policy.

“The changes to the competition reflect the EU directives and national environment legislation over the years,” he says. “For example, 20 years ago biodiversity wasn’t taken seriously. Now it’s written into the Tidy Towns competition. Also, the introduction of the climate-change award and the pollinator award are symbolic of environmental policy and action plans.”

These two special awards – along with others for clean air, water, waste prevention, trees and local heritage – are judged by various state and environmental nongovernmental organisations in addition to the overall Tidy Towns competition categories (see panel).

Dr Úna Fitzpatrick, of the National Biodiversity Data Centre, is a judge of the new pollinator award, which encourages Tidy Towns committees to help reverse the decline in our bee population by leaving wild flowers along roadsides and in the margins of fields and by planting pollinator-friendly flowers and trees in parks and gardens.

“One third of our wild bees are threatened with extinction,” says Fitzpatrick. “We need bumblebees, solitary bees and honeybees to pollinate our crops, our wild flowers and the fruit and vegetables we grow in our gardens, and small actions by lots of people can have a huge impact.”

The All-Ireland Pollinator Plan, introduced in September 2015, was the first in Europe, and this is the first year of the pollinator award in the Tidy Towns.

“We’ve had 57 entries and are overwhelmed by the enthusiasm of Tidy Towns for actions like ‘Don’t mow it, let it grow.’ There is a changing public perception about manicured public spaces, with more awareness of the colour wild flowers bring and the reduced labour and fuel costs with less mowing.”

Odile Le Bolloch, of the Environmental Protection Agency, is a judge of the special award for waste prevention. Sustainable waste and resource management also plays a part in the main Tidy Towns competition.

“It’s about encouraging communities to step away from recycling and learn how to prevent waste in the first place with the reuse of water, composting and food waste projects,” she says.

Le Bolloch cites the village of Ballon, in Co Carlow, as a place taking on ecochallenges. The community won the waste-prevention award for its Siopa Glas community shop in 2014. “It sells once-unwanted things, from beds to toys to wheelbarrows and buggies. The funds are used to make improvements to the town,” she says.

Annabel Fitzgerald of Irish Water says that the special water award is about conserving water and protecting its sources.

“We have given Tidy Towns groups visits to local treatment plants in places like Clonakilty, Co Cork, which raises awareness of where water comes from and goes to,” she says.

She adds: “Groups are also getting more involved in beach and river clean-ups, which give people a connection with the entire water system.”

The Tree Council of Ireland sponsors the tree project award. “It’s about raising awareness of the value of trees for biodiversity, mental health, taking carbon from the atmosphere, and their beauty,” says Éanna Ní Lamhna of the council. “It’s all about planting the right tree in the right place, whether it’s the replanting of a signature tree in an estate village or apple trees in a community garden.”

Tidy Towns: How the awards are judged