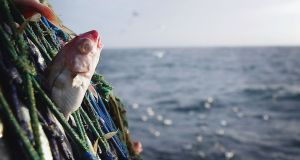 The fishing industry has criticised new laws which enforce penalty points for fisheries offences even where the alleged offender is cleared by the courts.

A system which allows for sanctions against trawler owners irrespective of the legal outcome of a criminal prosecution has been described as “inconceivable” by the Irish Fish Producers Organisation (IFPO).

The Department of Agriculture, Food and the Marine said the issues were unrelated, describing penalty points as an “administrative act and separate from prosecution”.

At the beginning of March, Minister Simon Coveney signed a legal instrument which gives effect to European regulations on fisheries offences in Irish waters.

It allows penalty points to be applied to fishing licence holders, in the main relating to quota infringements. Accumulation can lead to a suspension in fishing.

The instrument replaces a previous one which had been the subject of two successful High Court challenges in relation to various “practices and procedures” including the absence of a suitable appeals process and the issue of penalty points being applied irrespective of whether an offence had been found to have been committed.

However, the IFPO has dismissed this, saying that not only does the new law fall short of addressing grievances it remains a serious issue damaging the relationship between industry and State.

“I have no issue with penalty points. They should be there to deter people who break the law, but they are being used in an extremely pernicious way by the Irish State to penalise fishing,” chief executive Francis O’Donnell said, adding that relations were at “an all-time low”.

According to Mr O’Donnell, the newly established determination panel and independent adjudication process were tied too closely to State departments.

The central issue, however, remained that of penalty points.

Mr O’Donnell said the High Court had difficulties with this aspect of the system and the fishing industry was to meet this week to discuss what steps to take next.