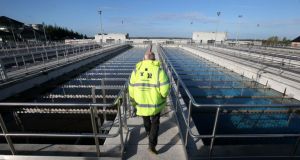 The recent water shortage in Dublin is largely the result of a policy decision the government of the day enacted in 1997; this decision shifted the costs of storing, treating and supplying water from the domestic water user to the general taxpayer.

This followed a successful campaign against water charges over the 1994-1996 period, centred in Dublin. At a time when every other country in the developed world was moving from a fixed charge to charging for water in part on the basis of use, we did the opposite.

In order to maintain this defective policy, the government lobbied (unfortunately with success) for an exemption from the cost recovery provisions of the EU’s water framework directive, 2000.

While we went backwards, Germany went forward; following reunification in 1990, modern meters were installed in all dwellings in the new Länder (regional states), including flats, cost recovery pricing was implemented, and consumption per capita (104 litres per capita per day) is now among the lowest in Europe.

This Irish exceptionalism was a victory for the anti-charges campaign, but a huge defeat for the people of Ireland.

Price is the most important regulator of supply and demand. Instead of embracing this tool, we threw it away.

A second peculiarity of our situation is the inordinate emphasis on increasing supply as the solution to our problems. The debate in Dublin on the current crisis is dominated by supply – how to get more “head room” by expanding supply from the Shannon or elsewhere. There is hardly any attention devoted to reducing consumption, where price can be the key instrument.

Unless we introduce coherent and effective water pricing, and use it to help us all become water savers, we are doomed to a decade of continuing periods of water rationing with all the costs, economic and social damage and inconvenience that this will entail.

Reasons
I will outline the reasons why serious attention to conservation, driven by charges, would help solve our crisis.
International comparisons in Europe are difficult, because measurement protocols vary. But they all show that we consume more – in some estimates dramatically more – than our European neighbours. De Smets provides an estimate of annual consumption per household per year in Ireland of 141 cubic meters (M3), compared with 91 M3 in France and 69 M3 in Belgium. As regards responsiveness to price, studies show the following: considerable reductions when metering is based on use. The first round effect (price alone) reduces consumption by 10-15 per cent; the second round, where it is combined with targeted information and support are provided to help consumers to save water, can reduce consumption by up to 40 per cent.

With an effective price and conservation programme, consumption keeps falling over time. Population can grow and total consumption stays the same.

And there is evidence from Irish experience. At the fifth annual water summit held in Croke Park, Dublin, in December 2011, Sean Corrigan, manager of the Ballycroy, Killeen and Kilmeena Group water schemes in Mayo, presented astonishing results, showing that consumption fell by two-thirds after meters were installed. “Without the house meters, we do not know if we are losing water on the main distribution network or in the houses. After consumers fixed the problem, the demand went down by 60-65 per cent.” This is consistent with work done by Sue Scott at the ESRI in 2007.

Strategies
What strategies should be adopted?

1. Join the rest of the world, including those in Ireland on group water schemes. When charges for the storage, transport and treatment of water and waste disposal are introduced in 2015, embrace them, and use them to help ourselves and our communities to save money and reduce consumption.

2. Use pricing (including increasing block pricing) to give ourselves some head room, so that our homes and businesses are not blighted by interruptions and involuntary rationing in the coming years.

3. Help those of us who are poor, but don’t do it by giving “free” water to millionaires.

4. Save money by finding and repairing leaks within our properties – the Ballycroy experience indicates that this could result in substantial reductions.

5. Invest in research so that we have the capacity to address new technical and policy challenges.

6. Save money by finding ways to reduce water use in the three major household uses of water – toilets, bath and showers, and clothes washing; they typically account for about 75 per cent of total household consumption. Up to now, most of us have done almost nothing to conserve in these three areas; the scope for reduction is likely to be very high.

Frank Convery is senior fellow at the UCD Earth Institute and chair of Publicpolicy.ie