Dublin businesses may have to pay more for water

No agreement on Irish Water principles ahead of June deadline 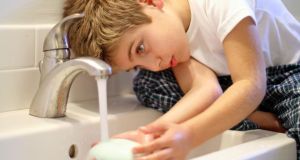 From January 1st next year all statutory responsibilities for water services, together with all water and sewage infrastructure currently controlled by local authorities, will transfer to Irish Water.

Assistant city manager Séamus Lyons said it remained unclear which services would be transferred to the new utility and how local authorities would work with Irish Water, just weeks ahead of the date for agreeing these principles.

Dublin businesses were also at risk of having to pay increased water rates once control of the service is centralised, he said.

From January 1st next year all statutory responsibilities for water services, together with all water and sewage infrastructure currently controlled by local authorities, will transfer to Irish Water. City and county councils will remain involved in the delivery of water services for the foreseeable future, but as agents of Irish Water.

The removal of water services from the control of local authorities represented “perhaps the biggest change to the local authority system since the establishment of the State,” Mr Lyons said.

The council had yet to be told how the service level agreements (SLAs) between the local authorities and Irish Water would work, even though the Government’s programme for the establishment of Irish Water indicated that these principles should be agreed by next month.

“It is still unclear which services will go in full or in part to Irish Water and which will remain with local authorities and how these are to be funded,” he said.

Mr Lyons said while it was clear certain council assets would transfer to Irish Water such as pipelines and reservoirs, other related assets including stores and offices “may not, in the view of the council, be appropriate to such proposed asset transfer”.