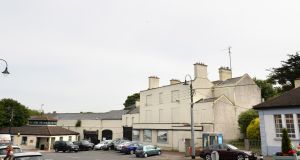 Plans for 177 apartments at the old Baily Court Hotel in Howth village have been approved by An Bord Pleanála less than two months since the High Court quashed permission for a smaller scheme at the site.

Locals in Howth opposed the construction of the 177 apartments in three blocks up to five storeys high, as well as the earlier development of 164 apartments, on a site overlooking Howth harbour and close to the village Martello tower.

Crekav, a subsidiary of developer Pat Crean’s Marlet Property Group, was granted permission for 164 apartments by the board in September 2018. However, a judicial review challenge to the board’s decision was brought by Balscadden Road SAA Residents Association Ltd.

Residents claimed the board had not adhered to an EU directive and had insufficient information before it to consider the effects of the development. They also had concerns about the extent and impact of excavated material from the site prior to construction.

It was claimed it was proposed to remove 80,000sq m of material including clay, sand and gravel and this was likely to have a significant adverse impact on the environment, human beings, flora, fauna, habitats and ecosystems.

The board in January consented to the High Court quashing its decision on the original application and told the court that an assessment of the impact of excavation had since been made.

In its decision issued this week, the board said it had conducted an “appropriate assessment screening exercise” and had concluded the development would “not be likely to have a significant effect” on local conservation and protection sites.

It said development of the 177 apartments would “respect and enhance the historic and architectural character of the area” and would be acceptable in terms of height and “quantum of development”.

It acknowledged the number of apartments could contravene the Fingal County Development plan which allocated a total of 498 new homes for Howth, but said the development was “justified” and in line with Government policies on housing and homelessness.

Residents had urged the board to refuse permission and had pointed out that in 2014 Fingal County Council had granted approval for just 17 houses and six apartments at the same site. They had also argued that a replacement hotel would be more suitable for the site.

Local residents on Wednesday said they were seeking legal advice on the board’s decision. Labour TD Aodhán Ó Ríordáin had previously organised support for the judicial review of the grant of permission for the 164 apartments on the site.