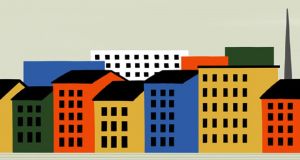 The spasmodic handwringing over the height of buildings in Dublin has resurfaced recently. Why now? Has Dublin City Council received an unusually high number of applications for skyscrapers of late? Has it been approving plans for overblown schemes which are then overturned by An Bord Pleanála?

No, the angst is over impending building height guidelines. “Guidelines” being civil-servant speak for “orders”, with the aim of stopping councils from placing upper limits on the height of buildings.

The nominally national guidelines are in reality directed at Dublin and they stem from an action by the city’s councillors two years ago. In mid-2016, then minister for housing Simon Coveney wrote to Dublin City Council cautioning against restrictive apartment heights in the development plan that was to come into force at the end of that year.

Nothing is black and white in planning

When councillors approved the plan they decided high-rise would be restricted to four areas of the city – the docklands, George’s Quay and the Connolly and Heuston station areas. Buildings up to 50m could be considered in nine other areas, following the format of previous development plans.

But, that wasn’t really the area Coveney had been getting at; he had set his sights on the restrictive low-rise maximum height of 19m in the rest of the inner city.

Council planners urged the councillors to raise the limit to 28m, and they did, but for commercial blocks only. Residential buildings were kept at 24m.

This is not what the development sector wanted, and once the new Minister for Housing, Eoghan Murphy, took office he determined to settle the heights issue once and for all, announcing his intention to end “blanket limitations” on height and giving the power to planners to determine height on a case-by-case basis. This had the specific aim of increasing housing supply.

A draft of this plan was published earlier this year and the Department of Housing intends to issue final guidelines before Christmas.

This sounds like a victory for planners over councillors, but city planner John O’Hara says it’s more complicated than that.

“Nothing is black and white in planning. A blanket cap over the city where you veto anything above a certain height is not a good thing. Wonderful schemes might come forward, elegant high buildings that perform functions you might not have thought of.”

However, he says the pre-height-caps era of the boom years created problems too. “Back in 2005/2006 there were sporadic ad hoc applications for height coming in all over the city and we could hardly keep up with them.”

In the main these applications were made by “flippers” – property owners seeking to increase the value of their newly-bought site by gaining permissions and selling it on he says.

“With hindsight, there was no intention of ever building any of them. They were purely speculation, and yet resources were spent on dealing with them.” There is a risk that an elimination of caps will again fuel land speculation.

The solution O’Hara has submitted to the department is that instead of a free-for-all, there should be a “plan-led” approach, where the council would still determine the context and location for taller buildings, but would not stipulate maximum heights ahead of the submission of a planning application.

“This would be a plan-led and criteria-based system. Criteria such as, are you contributing to the public realm, to a vista . . . Would it cause overshadowing or downdrafting?”

This would bring “certainty to the community, the developer community as well as the residential community,” O’Hara says. “It has to be demonstrated that height contributes to making the city a denser place, that’s more liveable and brings activity into the city.”

David Browne, president of the Royal Institute of the Architects of Ireland (RIAI) and director of RKD architects, thinks Dublin could follow the lead of other European cities in its approach to height. “Every great city needs great buildings.”

However, he sees tall buildings as having most benefit in the suburbs, with six to eight storeys “adequate” for most of the city area. “Taller buildings in urban centres around the city such as Dundrum, Sandyford, Tallaght, Finglas or Ballymun could enhance the sense of place, both within each centre but also from afar, providing great new beacons for orienting people in the metropolitan area and enhancing the individual character of each of these places,” he says.

“Most European cities have a prevailing height of six to eight storeys with a smattering of taller buildings. At six storeys you could double the population of Dublin without going outside the city boundaries.”

O’Hara says this doesn’t bear scrutiny. “What a lot of commentators forget about, when they look to Copenhagen, Paris and Barcelona for the six-storey model, is that it applies over vast parts of the city, whole arrondisements.” Dublin however, has a large stock of two-storey buildings, Victorian and Edwardian houses, right in the heart of the city, he says. “We’re not going to demolish big tracts of the city to start again.”

Former council planner and co-author of Redrawing Dublin, Paul Kearns agrees the suburbs are where the opportunities for height lie, but this is partly down to earlier missed opportunities closer to the city.

“We bottled it where it was possible to have height, such as in the docklands 20 years ago. On the entire quaysides east of IFSC, north and south, we failed to grasp the scale of the widened Liffey at that location, the distance from [the] historic core, and the opportunity for green space.”

This previous reluctance to permit height seems to have left some developers risk-averse, Kearns says. Such caution may have affected recent developments at the mouth of the Liffey, where Kennedy Wilson’s Capital Dock development on Sir John Rogerson’s Quay will rise to 79m, while opposite, the Exo building will make 76m. Either could have been 88m.

It seems unlikely that the removal of caps will result in a high-rise rampage, or that it will solve the housing crisis. Rather it is just another example of the successive ministers for housing’s urge to be seen to be doing “something” and a misguided belief that if they keep altering the rules to suit developers, eventually the developers will be satisfied and build. Yet the constant moving of the goal posts, the lack of certainty, encourages site owners to hold out for ever better deals.

Remaking Dublin as a six-storey city is an unrealistic fantasy – it would require a time machine – but allowing unrestricted height could see the “flippers” return to the scene, with the consequence of sites remaining undeveloped for years ahead.

For the city to achieve the density it needs, it is best to allow the council to still determine areas appropriate for height, which could encompass the current mid-rise sites, but without pre-determining a numerical upper limit of that height before seeing what site owners and their architects have to offer.

Olivia outlines really well the debate on building height. The one thing we need to do is to sort this out as the current uncertainty seems to be delaying development. Denser city centres, including in Dublin, are also a central part of the Government’s new national investment programme.

This is largely a planning issue, not a cost one. However providing denser city centres also leads to public cost: if people are living in smaller private spaces, then the public spaces around them need to have a high amenity value, have proper childcare facilities and so on.

Engineers Ireland agrees with the need to increase density in our cities, towns and rural centres. Achieving this objective through increased building heights in urban environments is appropriate, in order to avoid continued urban sprawl with the overall objective of developing more sustainable living spaces.

It is important to appreciate that Ireland is considering a significant, if necessary change, through the general increase in height. There must be a number of focus areas: utility and transport; fire and public safety; cost and affordability; healthy and attractive communities; maintenance and funding.

This discussion often focuses on getting more units per hectare (more profits) and not on the totality of what is in the building and how it relates to what is built alongside it. Greater heights reduce land-cost per unit, but this should not be the sole basis on which height limits are raised.

And in looking at density, should we be more willing to knock existing houses to create units with greater density, particularly in areas with ageing populations so that people can stay in the places they have lived in all their lives but move to smaller and safer housing units?

In the long term, housing that is more sustainable (in terms of reduced environmental demands) will pay for itself in economic and social terms. 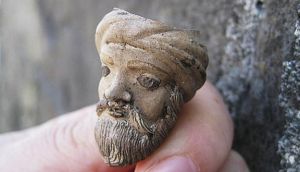