Call for protection of environment to be included in Constitution 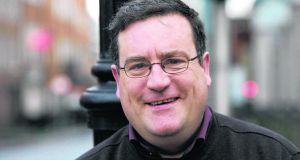 Former Green Party TD Dan Boyle said he would like to see a proper recognition of local government in the Constitution. Photograph: Eric Luke / The Irish Times

Protection of the environment should be enshrined in the Irish constitution as happens in many other European countries, the first of a series of regional meetings of the Convention on the Constitution heard in Cork last night.

Around 100 people attended the meeting at UCC where they heard speakers from the floor raise a wide range of issues which they believed should be included in any series recommendations made by the Convention on the Constitution in a report to be sent to the Oireachtas.

Bernie Connolly of the Cork Environmental Forum said that Ireland was one of only six European countries which did not recognise the rights of the environment in its constitution and that was something that need to be rectified as a matter of urgency.

Dr Aine Ryall of the Faculty of Law at UCC echoed Ms Connolly’s views and said that Ireland had already subscribed to protecting the environment through a number of EU Conventions so enshrining protection of the environment in the constitution would not be problematic.

Mr Boyle’ s comments were echoed by Darren McAdam McConnell of the Cork Environmental Forum who also argued for a rebalancing of the constitution to ensure that property rights no longer take precedence to other basic human rights.

Leigh-Ann Maher, a member of Amnesty International also called for the enshrinement of basic social and economic rights in the constitution so that people are guaranteed a right to proper housing and a right to job.

Kevin Sheehan of Atheist Ireland said that as advocacy group, they were seeking the removal of all theistic, Christian and Roman Catholic references from the constitution which reflected its origins in the Catholic social thinking of the 1930s and was not suitable for 21st century Ireland.

Mr Sheehan said that it Atheist Ireland’s contention that a complete separation of church and state was the only way to properly and equally protect the holders of both theistic and atheistic philosophical beliefs and that should be reflected in constitution free of theistic references.

At the end of the night, participants voted on the particular issues that they wanted brought back to the 100 person Convention of the Constitution with the environment topping the list with 12 votes followed by local government and economic and social rights on 11 votes with separation of church and state on 9 votes.

Chairman of the Convention on the Constitution, Tom Arnold said the vote reflected what the convention had received in submissions before thanked the many participants in the debate for their spirited contributions and confirmed that the Convention would draw up a priority listing of issues for inclusion under “Any other Business” section in its report to government.

Last night’s meeting in Cork was the first of a series of eight public meetings held around the country by the Convention on the Constitution to hear views from members of the public on issues to be included on the agenda on the final module of the convention’s work programme.

The next regional meeting of the Convention on the Constitution is scheduled for NUI Galway on October 30th followed by one at Waterford City Hall on November 7th, Dublin City University on November 11th and the Royal Irish Academy in Dublin on November 13th

On November 19th, the Convention on the Constitution will meet at the Sligo Borough Council building and, the following day, November 20th, it will be at the Radisson Hotel in Athlone before holding its last meeting at Monaghan Educational Campus on November 25th