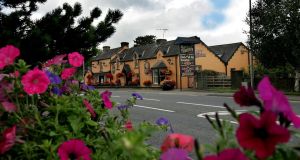 Birdhill, Co Tipperary, has been named overall winner in this year’s Tidy Towns competition, which drew entries from a record 870 towns and villages.

As well as taking the overall award, Birdhill was named Ireland’s tidiest village.

Birdhill (Cnocán an Éin Fhinn, or the Hill of the Fair Bird) is located on the N7, midway between Limerick and Nenagh. It derives its name from a mythical encounter between Oisín of the Fianna and a giant bird that was causing widespread destruction in the area.

The village has benefited from environmental and visual improvements through local effort and won the tidiest village award in 2006, 2007 and 2008. It has also won a gold medal in the European Entente Florale competition.

Denis Floyd, chairman of the Birdhill Tidy Towns Committee, said the win was “like a dream come true”. It was, however, “a long time coming”, he noted with humour and said the committee had been “working for 26 years for this”.

Chairwoman of the Ennis Tidy Towns committee, Josephine Cotter-Coughlan, said the town now had “15 gold medals” in its collection of awards.

She put its success down to “an extremely active committee”. It has also been successful in the Entente Florale competition, and in 2014 came joint first in the National Gum Litter Task Force Awards.

For the Ennis Tidy Towns Committee, however, the win was tinged with sadness, as long-time Tidy Towns adjudicator John Finn, a teacher at St Flannan’s College in Ennis, has died. The requiem Mass for Mr Finn, who was described by Ms Cotter-Coughlan as “ a great community man”, was taking place in the Cathedral of Saints Peter and Paul in Ennis , just as the tidy towns committee members were receiving their award in Dublin.

From worst to best

The Clonakilty Tidy Towns Committee chairman, Michael Deasy, said when the west Cork town first entered the competition, “we got the worst mark ever”.

However, the town has since won an impressive collection of medals stretching back to 1996. “It is a lot of work,” he said. Clonakilty was awarded second place in Cork County Council’s Anti-Litter Challenge this year, and was also nominated in this year’s Pride of Place awards.

“No, we are not fed up winning,” said Eithne Larkin, chairwoman of Westport Tidy Towns. “We will be on the bus back in a few minutes and we will be planning what to do for next year.”

“But there are more categories every year. It does get more difficult,” said Ms Larkin.