We don’t need no free-market education

Opinion: Universities should train people for life, not just match them to jobs 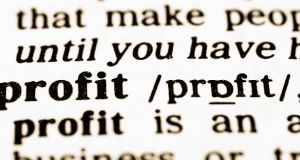 Free-market language, ideas and goods are nothing new. But increasingly they are shaping our publicly funded education institutions. Photograph: Getty Images 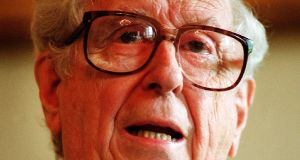 What do universities and restaurants have in common? Quite a lot, it appears, if you happen to endorse free-market values of education.

Consider the following comments by Ruairí Quinn when he was minister for education a few years ago. He exhorted university students to be “critical consumers” of the education they receive and said that “a bad restaurant doesn’t get repeat business.

“I think there has to be some response from the user of the service provided in an open-market economy like ours. People can exercise their choice by moving to another supplier of the service,” he said.

Or what about the views of outgoing Minister for Jobs Richard Bruton at the launch of a new online learning company last month?

“Shaw Academy has identified that education, like so many other products and services, needs to be instant, easily consumable and relevant,” he said.

Free-market language, ideas and goods are nothing new. But increasingly they are shaping our publicly funded education institutions. A Government-commissioned draft report on the future of third-level funding, for example, recommends a new student loan scheme. The message is clear: investing in your “human capital” makes good – market – sense.

Despite universities’ autonomous status being guaranteed in legislation, he said their financial dependence on the exchequer had given politicians and civil servants “the power to bend them to their own purpose”.

Despite the endless propaganda about creating a knowledge economy through the development of “world-class Irish universities”, FitzGerald highlighted that the share of current public spending on higher education fell by almost two-thirds between 2001 and 2005.

Since the economic crisis it has fallen faster still. State funding for universities has tumbled by almost half.

Significantly reduced resources, sizeable staff reductions and a rise in student numbers mean universities are buckling under the weight of austerity.

Free markets, it seems, continue to function both in and out of crisis.

Maybe we should not be surprised it has come to this. Milton Friedman, the American economist and former adviser to Ronald Reagan and Margaret Thatcher, wrote a prophetic article in 1955, The Role of Government in Education, which set out government’s primary function as being the preservation of a “free private enterprise exchange economy”. Accordingly, state-funded education is positioned along this course.

To put it bluntly, as Friedman did again in 1997, public schools must be made private.

The benefits of enterprising individuals were fittingly imagined. Greater competition would be freed up and new services – operated for profit or by nonprofit institutions – would provide greater choice.

The role of government would be limited to assuring minimum standards, in the same way as restaurants are quality-inspected.

And, as educational “consumers”, students (or parents on their behalf) could invest in their own human capital to reap rewards from the best “services” on the market.

Friedman had even imagined a type of venture capitalism centred on “human training” – where a financial loan is measured against the security of return and eventual productivity of investment. Sound familiar?

Beyond fiscal controls, even beyond structural and cultural regulations, lies perhaps the biggest triumph of the educational free market: its unquestioned coalition with “freedom”.

Why can’t parents have the freedom to choose their schools? Why can’t students invest in their own upskilling? Why can’t they take up voucher or loan facilities? Why can’t they evaluate their institution’s success against others? Why can’t they measure their teachers’ or lecturers’ performances and reward them accordingly?

A new market morality has not only materialised, it has been naturalised. But more critical voices will continue to ask awkward questions.

We need those critical voices more than ever in education.

It might not even be possible to reimagine another kind of education – one that promotes social, democratic, cultural and civic values – without first reimagining an “other” freedom. And while the commodity form permeates the very fabric of society, it is increasingly necessary to communicate an “other” shared message. This message can come from sensitively informed educators in the field. They are best-placed to nurture a new sense and sensibility for education.

Too often practice is overlooked by capricious outside interests. It’s time once more to look inside education.