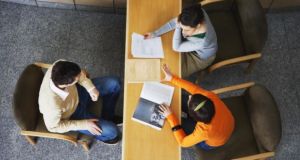 A planned new trade agreement between the EU and the United States will force higher education here to go further down the route of “privatisation and commercialisation”, a conference of university lecturers has heard.

A planned new trade agreement between the EU and the United States will force higher education here to go further down the route of “privatisation and commercialisation”, a conference of university lecturers has heard.

The Transatlantic Trade and Investment Partnership (TTIP), due to be agreed before the end of the year, would subject higher education “to the commercial rules of trade agreements for the first time”, said David Robinson, Canadian based senior consultant to Education International, the global federation of teachers’ associations and unions.

The trade deal, he claimed, would put at risk “a host of regulations and rules necessary to ensure quality and equity.

“The for-profit education sector in the United States, reeling from controversies about poor quality and poor student outcomes, is now seeking unfettered access to the European and Irish market.”

Mr Robinson is addressing the annual conference of the Irish Federation of University Teachers (IFUT) today.

He said: “If education is covered by the TTIP, Irish authorities would be powerless to protect students from these predatory providers entering Ireland or to defend and maintain quality of education.

“Ireland should strongly push the European Commission to demand an explicit exclusion of education from the TTIP.

“The EU Foreign Affairs Council of Ministers has already excluded the audiovisual sector from TTIP based on the public interest goal of preserving and promoting cultural and linguistic diversity within the EU. The same reasoning would justify an exemption for education from the TTIP.

He told union delegates meeting in Dublin that a US Congressional report on for-profit colleges in 2012 highlighted a 64 per cent dropout rate, and “substandard academic offerings”. The report also highlighted a financial imbalance in US insitutions with over 22 per cent of revenue spent on marketing, and just 17% devoted to instruction.

“The government and education sector in Ireland should be alert to, and resist this increasing pressure for commercialised education,” Mr Robinson said.