TUI warns of strikes at institutes of technology after vote 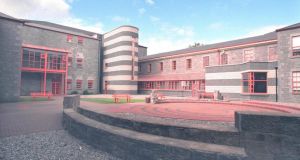 A trade union which represents thousands of lecturers and research staff in institutes of technology has voted to engage in a campaign of industrial action on foot of cuts to funding and staffing numbers.

Teachers’ Union of Ireland (TUI) members have voted by a margin of 92 per cent engage in a campaign of industrial action, according to a statement released by the union on Tuesday evening.

Following the ballot, TUI president Gerry Quinn warned that strike action was inevitable ahead of the general election, unless there were “meaningful negotiations”.

“Academic staff in institutes of technology have made their position very clear in this ballot, and the next course of action will be decided by the union’s executive committee in the new year,” he said. “In the meantime, we urge the Minister for Education to engage meaningfully with us on a number of critical issues.”

The union – which has 4,000 members in the State’s 14 institutes of technology – says funding cuts have resulted in a steep fall in lecturer numbers, despite a sharp rise in student numbers.

In all, funding has reduced by about 35 per cent between 2008 and 2015, while the numbers entering the sector have increased by some 32 per cent.

While Mr Quinn said an increase in numbers at third level education was welcome, a failure to maintain staffing levels was having a direct, negative impact on the student experience of higher education.

He said students were experiencing larger class sizes, reduced access to laboratories and libraries, and sharp cuts to tutorials and other student supports.

A survey carried out by the TUI earlier this year indicates that lecturers are experiencing high levels of work-related stress as a result of cutbacks and heavy workloads.

It says the precarious employment status of many lecturers is a key issue of conern, along with income poverty and “ exploitation” of academic staff.

Separately, the TUI has expressed grave concern over a lack of consultation over plans to merger institutes of technology to create a new category of “technological university”.

It said the intention to effect such change without proper resourcing in an era of hugely damaging cutbacks to the sector was ill-advised.

The union said mergers must not be forced. If they do progress, it said they must be appropriately funded.