The end of the private school?

The Government says fee-paying schools are awash with money, the schools claim many are struggling and say they save the State money. How do the figures stack up? 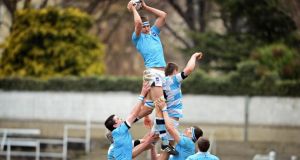 Should the state support fee-paying schools? This question is arguably the most divisive in Irish education today, pitting parent against parent, teacher against teacher, and school against school.

Ireland's fee paying schools have consistently pointed to a report, commissioned by 27 Catholic and Protestant private schools from Pricewaterhouse Cooper (PwC), which claims that “in 2009, the average cost, excluding pensions and pension related costs, to the State to educate a second-level student was €8,035 in a non-fee-paying school and €4,552 in a fee-paying school”.

Then last month, the issue came into sharp focus when the Department of Education and Skills (DES) finally published Fee Charging Schools: Analysis of Fee Income , a report on the discretionary income available to the State’s 55 fee-paying schools. The DES report said fee-paying schools have an average discretionary spend of €3,177 per student – up to seven times that available to students in the State sector.

But until last week, the private schools refused to release their report and the figures were not open to scrutiny. Following enquires by The Irish Times to all 55 fee-paying schools in the State and to the Joint Managerial Body (JMB), which represents the management of some 400 fee-paying and non-fee paying schools, the PwC report was given to this newspaper. The report has been consistently cited by those opposing a reduction in State support for fee-paying schools. This includes Fine Gael’s Eoghan Murphy and Lucinda Creighton (Dublin South East), various principals of fee-paying schools, and the JMB.

The Teachers’ Union of Ireland (TUI) has called the PwC figures “grossly exaggerated”.

The PwC report combines the State costs of running secondary schools with the costs of the further education sector, including Post Leaving Certificate (PLC) courses, Vocational Training and Opportunities Schemes (VTOS), Traveller training, adult and community education, outdoor education centres, and youth services. By adding these areas together, the report presents a higher cost for the publicly-funded second-level system. In comparison, the relative cost to the State of fee-paying schools appears much lower.

Further education and secondary school are somewhat related, and the DES officially considers further education as part of the second-level system. But adults on PLC courses, or children in a Traveller training centre, or young people in a training project, are far removed from one of the State’s 722 post-primary schools.

The DES report offers a different analysis. It says that, overall, fee-paying schools have an average of €1.48 million each for discretionary spending on capital improvements, additional teachers, and extra-curricular activities, while conceding that some smaller schools have nowhere near this level of extra funds. Individual schools are not identified.

The division occurs in a context where the Government has been steadily raising the pupil teacher ratio for fee-paying schools. It currently stands at 21 teachers for every one pupil, compared to a ratio of 19: 1 for non-fee paying schools. From next September, fee-paying schools will see it rise to 23:1. They fear that it will eventually hit 28:1, as recommended by the 2009 McCarthy report on public expenditure.

The McCarthy Report said schools would have to look at raising their fees by, on average, 21 per cent if its recommendations were fully implemented. Fee-paying schools say this would lead to an exodus of students and the additional numbers in the free system will cost the State money as it will have to cover capitation costs, currently €507 per pupil annually.

The two second-level teacher unions unions – ASTI and TUI – take opposing stances, for and against state support for fee-paying schools. Many Labour party TDs say Ireland’s 55 fee-paying schools have enough money, and that the taxpayer should not be supporting them, but at least four Fine Gael TDs argue these schools save the Exchequer money and that parents have a right to choose the best education for their children. Sinn Féin broadly supports the Minister for Education’s position. Fianna Fáil education spokesma Charlie McConalogue says the Government’s approach is “a false economy... If these schools come into the free fees system, it will cost the State more money.”

Eight Catholic and Protestant schools have made contact with the Department of Education about joining the free education scheme, although it is not known whether these discussions have progressed beyond the preliminary stages.

This year, the fee-paying Protestant school Kilkenny College entered the free education scheme after reaching an undisclosed deal with the department allowing it to pay off outstanding loans. It was the second Protestant school to do so, after a similar decision by Wilson’s Hospital School in Mullingar in 2011.

The income level of parents is a recurring theme in the debate. Fee-paying schools say many parents scrimp and save to send their children, making huge sacrifices along the way.

Critics of the State subsidy for fee-paying schools say they are bastions of privilege which reinforce elitism and that the State’s scarce resources should be invested in public education. “We’re not opposed to the existence of fee-paying schools, nor are we against parental choice,” says John MacGabhann, general secretary of the TUI. “What we object to is the use of taxpayer money in pursuit of that parental choice. State money should be allocated to schools on an equitable basis, obviously making provision to the particularly disadvantaged.”

MacGabhann disputes the notion that fee-paying schools will migrate en masse to free education. The DES estimates that if every fee-paying school made this move, it would cost the Exchequer €23.5 million.

But Christopher Woods, principal of Wesley College, a fee-paying Protestant school in south county Dublin, says the recent department report on discretionary income is fundamentally flawed. “It considers all non-State income spending outside teacher salaries as discretionary. By any analysis, this is bizarre. Are chaplains, the upkeep of buildings, light, heat, and insurance discretionary?” Woods is particularly critical of the department’s analysis of Protestant schools, which he says is disingenuous and agenda-driven, and fails to take into account the unique obligations of Protestant schools to cater for a religious minority.

Ferdia Kelly, general secretary of the JMB, argues that parents of children in fee-paying schools are subsidising their education on behalf of the State.

The debate cuts to the heart of concerns about equality, opportunity, and class. Do fee-paying schools give an advantage to children whose parents can afford it?

Year after year, The Irish Times ’ school league tables, which measure the success of second-level schools in securing third-level college places in publicly funded third-level colleges on the island of Ireland, tell a more complicated story. On the metric of third-level progression rates alone, three types of schools tend to perform well: fee-paying schools, Gaelscoileanna, and schools in more prosperous areas. Educational success is something of a postcode lottery, and the figures suggest that children in disadvantaged areas have the odds stacked against them.

Enrolments in fee-paying second level schools surged following the abolition of third-level fees, as parents chose to invest their money in private education. But demand has fallen since 2009.

The current Government is not the first to challenge fee-paying schools. Rumblings of discontent date back to the boom years; the Department of Education has, since 2005, refused to provide any funding for new fee-paying schools, although existing schools retained recognition.

The recent report may, if anything, underestimate the amount of funds available to fee-paying schools, as it was based only on fee income and didn’t consider ancillary income, such as a €1.8 million donation received by Dublin’s Blackrock College from the American Ireland Funds organisation. Schools may also receive income from religious orders and investments, which they are not obliged to disclose.

A survey conducted by The Irish Times in 2012 found fee-paying schools receive between €227 and € 242 million from fee and state income. The State paid just under €90 million in teacher salaries for the 25,820 students enrolled in the sector, while capital expenditure for the private schools amounted to almost €15million between 2007 and 2011. Fee income exceeded €5 million a year at several schools, including Clongowes Wood College, Co Kildare, Blackrock College and Willow Park School, and St Andrew’s College in south Dublin.

There are over 30 private primary schools which do not receive any State funding whatsoever, while one post-primary school, St Patrick’s Academy in Mayo, also pays its own teachers.