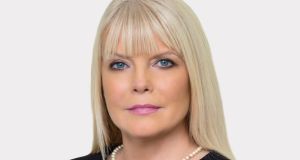 Minister of State Mary Mitchell O’Connor, a former school principal, said she believed ‘everyone who does the same job deserves the same pay’.

Teachers’ unions have rushed to welcome comments by a Government Minister supporting the principle of equal pay for equal work for teachers.

The Government has to date resisted calls to restore pay levels for thousands of younger teachers hired on lower pay scales following the economic crash.

However, speaking to reporters on Wednesday, Minister of State Mary Mitchell O’Connor, a former school principal, said she believed “everyone who does the same job deserves the same pay”.

She was speaking in response to recent reports that she was not being paid as much as other Ministers of State.

When pressed on whether the same principle applied to teachers, she said: “I think they do and I’m going to stand by that. And that’s my comment.”

Teachers’ unions, who are expected to reject the draft public sector pay deal on the basis it does not restore pay parity for teachers, welcomed her comments.

However, in interviews yesterday Minister for Education Richard Bruton distanced himself from his Ministers of State’s comments.

While he said significant progress had been made in narrowing the pay gap, the draft pay deal included a provision for the issue to be examined over the coming year.

Government sources are wary of introducing pay parity for teachers, partly on the basis that the knock-on costs right across the public sector would be substantial.

They also point out that under the new public-sector pay deal, the starting salaries for teachers would climb from about €35,000 to just over €37,500.

If pay parity was restored, sources say starting salaries for many new teachers would rise to almost €44,000.

“The issue has not gone away and is the number one priority for the ASTI. We therefore welcome any statement that indicates a shift away from the policy of unequal pay for recently qualified teachers,” he said.

A spokesman for the Teachers’ Union of Ireland said: “It remains completely unacceptable to us that two colleagues, recruited within days of one another, are paid significantly different rates for carrying out the same work.”

The Irish National Teachers’ Organisation has already overwhelmingly rejected the draft public-service pay agreement, largely on the basis that it did not progress the issue of pay equality.