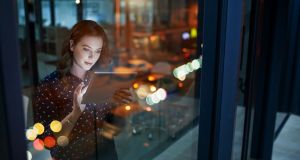 When you think of a person with a master’s in business administration (MBA), what image springs to mind? Sharp suit? High powered job? A man?

If the person you’re picturing possesses a Y chromosome, you’re not just another victim of societal conditioning, you’re most likely correct. The most recent Financial Times Executive MBA (EMBA) rankings found that, on average, female participation in top EMBA programmes is just 28 per cent.

Interestingly however, this gender imbalance in business schools only really happens as people progress. Early participation in business degrees is more or less 50:50 male to female. The same goes for business master’s degrees, provided women are going straight from a degree into a master’s programme.

However, when a qualification requires workforce experience like an executive MBA does, we see a massive fall-off and suddenly business schools find they have a gender problem. This is problematic. Every MBA programme director talks about the important role diversity plays in teaching and learning.

“If you have a room of men, say, from similar backgrounds and of a similar age, it becomes a bit like Mass. Everyone is on the same page,” says Michele O’Dwyer, associate dean and MBA programme director at the Kemmy Business School in the University of Limerick. “You need diversity – women, international students, a range of ages and backgrounds – to break the consensus and to provoke real discussion and learning.”

Most Irish EMBA programmes stand at approximately two men to every woman. The trend is one of improvement and 2:1 is better than average internationally, but all acknowledge there is a long way to go.

Some are leading the way. Trinity’s full-time MBA programme has actually achieved a 50:50 gender balance this year, while 45 per cent of participants on its executive MBA programme are female.

Prof Michael Flynn, director of TCD’s EMBA, says, “The real challenge is in getting enough applications from women. Once you get them, they are every bit as good as the male candidates but actually getting the applications is the challenge.”

Life becomes more complex for both sexes as time goes by and work, relationships and family responsibilities begin to take more time and commitment. There is also the problem that women in leadership roles are a serious minority. Women coming up the ladder lack role models and mentors that men take for granted.

Practicalities – life, commitments, families – they all tend to impinge on women and their careers

Many business schools are trying to bridge this gap. “We feature women prominently on our website just to show that an MBA is possible, it has been done and it is valuable to the women who have done it,” says O’Dwyer.

Like many business schools, NUI Galway’s JE Cairns School of Business and Economics keeps in close touch with female alumni, asking them to speak about their experiences and career paths for the same reasons. According to Dr Tom Acton, head of the school, they also have well established links with secondary schools.

Orla Nugent, the UCD Michael Smurfit Graduate Business School MBA programme director, cites a number of initiatives that the Smurfit School runs in this vein. Their Women of the MBA networking group connects present and past MBA students.

The school is also the education partner for the WXNWisdom Top 25 Mentoring Programme which matches high-performing female leaders with influential mentors for one-on-one mentoring.

A number of business schools including those in UCD, DCU and Trinity offer scholarships in conjunction with the 30% Club – a campaign that has a stated goal of achieving a minimum of 30 per cent women on FTSE-100 boards.

Of course, it’s not just about women being unable to see or imagine themselves in a particular role, or being unable to find suitable mentors. Practicalities – life, commitments, families – they all tend to impinge on women and their careers more than they do on men and theirs.

“You see it among MBA participants,” says O’Dwyer. “Both men and women are keeping on top of their work while doing the MBA, but women also tend to be dealing with the school runs and child minders on top of that.”

Many Irish business schools are now delivering courses in a way that suits people with commitments. Prof David Collings, co-director of DCU’s Leadership and Talent Institute says, “We have tried to design our programmes in a way that provides the best possible chance of a work-life balance. For example, our courses are delivered during the week rather than at weekends,” he says.

“On our master’s in human resource management, we assess entirely by assignment rather than exam because that’s what works for people. Our starting point was to try to make the workload manageable for people who have other commitments.”

O’Dwyer believes that these measures are just a beginning. She suggests that business schools and industry need to stop looking at women and indeed men in isolation. “We need a bigger picture in terms of how we view people. We also have to consider supporting the person’s partner and their family. By allowing time in work for family, it helps the situation at home and therefore helps the employee or student.”

But are these measures business schools are taking having any effect of diversity further down the line in business?

“I think it’s a little bit early to say that any of these efforts are having an effect further down the line,” says Collings. “The issues are so complex . . . A lot of the decisions that lead to women being disadvantaged are unconscious. People aren’t even aware of how the way things are putting women at a disadvantage. It’s only now that we’re beginning to realise how complex the problems are.”

Prof Eleanor Doyle of Cork University Business School says, “Some businesses see gender balance as a compliance issue. Others see it as a core value. Short-term costs can be a small price to pay for long-term development.”

Flynn agrees, “I think that some business schools are acting as co-leaders on diversity with some of the more enlightened businesses but others are saying the right things without taking the right actions . . . I think business schools have a responsibility to be unrepentant feminists in how we engage with topics such as board diversity and gender equality . . .. In this we, our graduates and alumni will be change agents in the business world.”