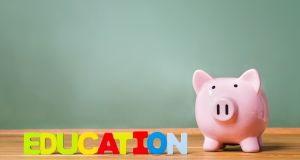 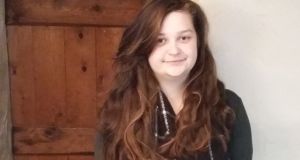 Keziah Knight: “First years will often buy college books, but you can get most of what you need in the library” 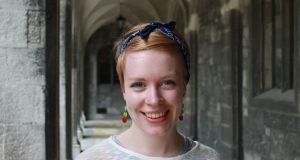 Sarah Carthy: “The more experience you have of renting, the easier it gets to find a decent, good value place”

All but the luckiest first years need to learn how to budget, and fast. Accommodation remains the single biggest cost facing students, and rents are continuing to rise, according to both the Dublin Institute of Technology’s 10th annual cost of living guide and another guide produced by Dublin City University.

The DIT survey found that rent is up by 6 per cent nationally, amounting to an extra €160 per year. In Dublin, however, students can expect to pay 10.5 per cent – or €396 – more than in 2015. And, with a drop in the number of students taking on part-time work in recent years and reductions in financial support, especially for mature students, the average income of students has dropped by 26 per cent between 2009 and 2013.

There is some good news. “Due to low inflation or cost decreases in some areas, and the student charge staying at €3,000, the cost of going to college has remained stable at around €11,000 for the coming year,” says Brian Gormley, head of campus life in DIT.

DIT estimates that, between rent, utilities, food, travel, books and class materials, clothes, medical fees, mobile, social life, student charges and other expenses, students living away from home can expect to shell out €11,064 over the coming year. Students living at home will need about €6,834.

Students should shop around for the best mobile phone deals. Moloney recommends iD, a new mobile phone network from the Carphone Warehouse which allows users have greater control over their usage and bill. On average, she estimates that students should budget €30 per month for their mobile bill.

Moloney says that students should keep a regular eye on their finances. “You know you have €800 for the month and will have to pay a certain amount when the bills come in. Make sure to negotiate the most expensive months, which are January and February, with the increased heating bills.

“Grants can be delayed in the first few months of college. Between this, fees, accommodation deposits and rent, food and travel, the first few months can cost up to €5,000. Apply for the student travel Leap card at the beginning of the year to avail of travel discounts. As well, students often don’t consider that they will be attending a lot of expensive 18th and 21st birthday parties, and that Christmas tends to be a more expensive time as well, so this should be factored into the budget.”

But what if a student is in dire straits? “They should go and speak to a student adviser and work out the gap between their income and expenditure. We ask where their income is coming from. Do they have a grant? Are they working part-time? If so, how many hours? We help them to do up a budget. First year students are not used to the cost of living, so it can sometimes be a matter of learning how to manage.”

We also spoke to the University of Limerick students’ union president Sarah Dunphy, welfare officer Caolon O’Donnell and chaplain Fr John Campion. They say that there is currently a lack of part-time jobs for students, which means that students who are just outside the grant threshold sometimes can’t afford to go to college. The cost of on-campus accommodation has also risen.

They point to a number of supports available for students in financial difficulty at UL, including a student hardship fund, student assistance fund and a childcare bursary for families or single parents. They say that similar supports should be available through the students’ union, student adviser or chaplaincy services in other third-level institutions.

This year, DIT decided to take a look at the financial changes and challenges students have faced over the past 10 years.

Expenditure on social life has decreased, with students drinking at home and stocking up on cheaper alcohol in supermarkets. Students are also less likely to smoke than ever before, with the number of regular smokers falling from 15 to 11 per cent between 2009 and 2013.

Rents plummeted from 2008 to 2011 but have risen since. Mobile phone costs have stagnated as students use free wifi and messaging apps such as WhatsApp, Viber and Facebook to communicate. Food costs have stagnated, largely due to the arrival of Aldi and Lidl.

Public transport costs have nearly doubled, with the annual cost rising from €730 to €1,215.

A decade ago, 54 per cent of students used public transport to get to college; now, only 27 per cent do, with many more likely to walk, drive or cycle.

Colleges have fewer computer rooms and students are more likely to have their own laptops, increasing the cost of class materials from €333 to €630. In 2006, the student registration charge was just €800; now, it is €3,000.

“The past five years have seen a deterioration in the financial situation of students,” says Gormley.

“The number of undergraduates who are satisfied with their financial situation has dropped from 45 per cent in 2009 to 33 per cent in 2013.”

My Budget: Tips on how to save money so you stay within your budget – and still have a good time

Keziah Knight is a student at UCC

There is a huge cost to living away from home and making it on your own. I really struggled in my first year. I’d look at my expenses and think I could have managed better, and I’d panic about spending my own money. As scary as it can be to check your bank balance, it is a good idea to keep an eye on your account and to make a budget so you know what you have coming in and what you have to spend money on.

College books, shopping, bills, and even stationery have to be factored in. In my house, we share certain items such as toilet paper, tin foil, dishwasher tablets and washing-up liquid. Every Monday or Sunday, I do a shop for what I know I will use, usually in Lidl. I try to avoid convenience shops like Centra or Spar as they tend to be more expensive.

First years will often buy college books, but you can get most of what you need in the library. If you do have to buy books, try to get them second-hand. If we’re going out for a night, we usually have a few drinks at home first.

This summer, I’m working part-time in a hotel, and I’ll save up the money and use it when times are tight between January and April. Bear in mind that electric and heating bills will be more expensive during and after the cold winter months. Put on an extra jumper and get under a blanket. Finally, avoid using the tumble dryer: it milks electricity. Get a clothes horse.

Sarah Carthy is a PhD student at NUI Galway

I’m the second from a family of four to start college, but wasn’t eligible for the student grant. I worked full-time every summer.

In first year, four of us moved into a house, but it was at the edge of Galway and it took over half an hour to commute in.

In second year, we got our act together and moved closer to the city.

The more experience you have of renting, the easier it gets to find a decent, good value place.

I’ve picked up some little tricks to keep costs down.

Cook a big dinner that will last you for a few days. It’s easy to spend a lot of money buying lunch every day, so bring in a lunchbox, either with sandwiches or leftovers.

And, even though it might make you feel like a pauper, bringing in a flask of coffee or tea will save you a few euro every day.

You need to socialise during college, but nights out are expensive.

Eating out is very expensive too, so it can make more sense for you and your friends to make meals for each other at home.

Fitness has become a big craze now. I see all the first years with their gym bags, but gym membership is expensive, whereas all the sports clubs on campus are not only free but also a great place to meet new friends and stay fit.