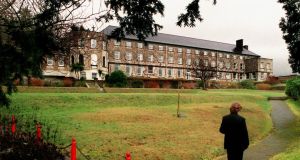 TUI deputy general secretary Annette Dolan said given the level of anger among academic staff at St Angela’s College (above), she was not surprised 95 per cent voted in favour of industrial action. File photograph: Pat Langan/The Irish Times

Lecturers at St Angela’s College in Sligo are to stage a one-day strike on March 10th after a vote in favour of industrial action over aspects of a planned merger with NUI Galway.

TUI deputy general secretary Annette Dolan said that given the level of anger among academic staff, she was not surprised 95 per cent voted in favour of industrial action.

She said management at St Angela’s had “consistently and abjectly failed to engage” with the TUI at either local or national level about the proposed incorporation process.

This was despite serious concerns among members in relation to their terms and conditions of employment. “Staff are being kept in the dark,” she said.

Issues which have upset St Angela’s staff include a proposal to “demote” many of them from “lecturer” to “university teacher”, while they have also accused management of failing to reassure them jobs will not be transferred from St Angela’s to other NUIG campuses.

Since 2006, NUIG has accredited courses there. Under full integration, St Angela’s will merge with NUIG from next September.

In a statement, St Angela’s described the ballot in favour of industrial action as “regrettable at this time”. The college urged the TUI to “bring forward the clear, specific concerns of their members in writing”.

The college said it regretted the union had not adhered to “the normal industrial relations processes” and said it had not exhausted the college grievance procedure.

NUIG had no comment to make on the outcome of the ballot.