Many school principals worried about behavioural problems and violent behaviour 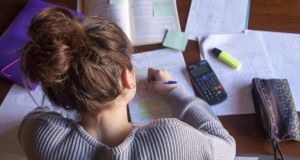 Principals at special schools say they are struggling to cope with the growing complexity of young people’s disabilities and behavioural problems.

A new survey of principals at the State’s 134 special schools indicates many are worried that highly vulnerable pupils are not getting the support they need.

There are about 8,000 pupils attending special schools, typically with mild to profound learning disabilities.

The sharp growth in the number of pupils with special or additional needs in mainstream education means many special schools have a higher concentration of students with complex needs.

The poll, to be published at the annual conference of the Irish Primary Principals’ Network (IPPN) on Thursday, finds that the vast majority – 97 per cent – believes further supports are needed to alleviate behavioural issues in the classroom.

A similar proportion – 87 per cent – say they have concerns around health and safety in their school.

Special school principals agree that training and guidance is vital, especially in dealing with extreme and violent behaviour.

These interventions are crucial in helping children with learning disabilities to meet their full potential.

The poll also shows special schools very often struggle to get the equipment and provision they need to support those attending their schools.

Some 85 per cent of special school principals believe they do not have sufficient funding to run their school effectively and efficiently.

A move in this year’s budget to provide funding for the allocation of an administrative deputy principal to larger special schools has been welcomed as a step in reducing the administrative burden.

The IPPN conference, however, will hear calls for these measures to be expanded to all special schools.

“It would contribute to alleviating the demands of managing or co-ordinating the large numbers of staff, agencies and supports on a daily basis, and ultimately facilitate sustainable leadership, allowing the principal to lead the teaching and learning.”

Many principals of special schools have also called for the staff schedules for the schools to be revised in light of the growing complexity of pupils’ needs.

These staffing levels have not been revised since they were introduced 25 years ago, according to the IPPN.

The Department of Education has pointed out that it has significantly increased investment in special education in recent years.

Latest figures show funding for special education provision last year amounted to some €1.75 billion, up 43 per cent since 2011.

It now accounts for almost 20 per cent of day-to-day spending in education and training and exceeds the amount given to higher education.