Sex education in Irish schools is patchy and often concentrates on the negative aspects. In this environment, parents should step in and talk to their children about sex, early and often 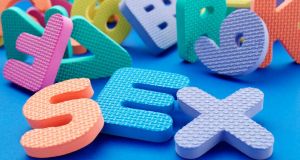 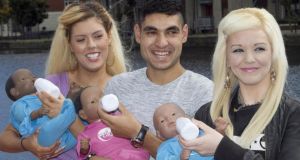 Teenagers on Foróige’s Real U course, funded by the HSE’s Crisis Pregnancy Programme

Condoms don’t work, says one school textbook. Students sit through graphic and detailed anti-abortion talks from Life Pregnancy Care and other anti-abortion groups. Catholic sex education provider Pure in Heart focuses exclusively on heterosexual marriage as the only acceptable relationship, often brushing aside questions from students asking about homosexuality or referring them to advice that tells gay people to remain celibate for life.

Last year I reported on some of the deficiencies with relationship and sexuality education (RSE) in Ireland’s postprimary schools, work that was supported by the Mary Raftery Journalism Fund. The story was followed by other media, with Pure in Heart facing criticism for taping young people together to demonstrate the nature of bonding, in an attempt to persuade them to abstain from sex before marriage.

Following the controversy, the Department of Education issued a circular to schools, advising them that outside visitors, including those who deliver sex education, should not use scare tactics, sensationalism or moral lectures.

One year on, what has changed?

Not much. Pure in Heart recently appointed a new general manager, Catriona Heffernan. Youth Defence still advertises that it delivers anti-abortion talks in schools. Schools are still free to deliver RSE according to their ethos, with some opting for abstinence-only models and others offering a more comprehensive programme. Schools can, and many do, ignore the advice of the Department of Education. The area remains one of the most contentious aspects of the second-level curriculum.

Last month in UCD, the Psychological Society of Ireland’s special interest group on child and adolescent psychology held a conference on sexual development, education and support. Speakers from clinical, educational and community backgrounds looked at sex education and the curriculum in Irish schools, issues that arise in clinical practice with young people in relation to sexuality, and education policy for lesbian, gay, bisexual and transgender youth.

Twyford says we need to talk about sexuality with children from a very young age, and we need to teach them there is joy and pleasure to be found in sex and sexuality – when they are ready. An excessively negative portrayal of sex and sexuality may lead to problems when they become sexually active, she says. “We know from psychological studies that anxiety and fear can cause rigidity in thinking and behaviour, including our approach to relationships.”

Stranger danger, STIs and pregnancy dominate our approach when talking about sex and relationships with young people. Twyford acknowledges we need to talk about this, but says parents must also try to communicate the emotional aspects of sex and sexuality.

“We assume this should be after a young person is able to engage in a sexual relationship, but sexual development begins in the womb, not at age 14. These conversations can take place in a safe and legal framework that fully addresses issues of consent.”

How to talk about sex

But how? “The most effective conversations happen early and often. If you want to be able to have a conversation with a 17-year-old about sexual relationships where they will listen and engage with you, you also need to talk to younger children in an age-appropriate manner. This means, for example, giving the correct anatomical names for genitals to young children.

“Explaining the different parts of their genitals to children aged one to four doesn’t just reduce confusion if their peers have different names for them, it also gives them a sense of control over their own bodies, and it is safer because, if there is a concern about sexual abuse, a child is much better equipped to discuss what has happened if they have the correct names for genitals.”

Parents understand what a child can grasp, but they also have to reflect on their own concerns about sex and sexuality, and how they feel and felt about it.

“It’s hard for adults to know what is in the continuum of typical sexual development. It’s okay to put boundaries in place, but adults should not respond in a punishing way. Be calm, not fearful. Kids are just exploring, and they don’t know yet. Children are fascinated with their bodies.

“Once they hit around age three or four, they often want to see other people nude. Around age six, sexual behaviours seem to drop off a little. It’s not that they suddenly become less sexual; it’s that they have noticed adult disapproval and they feel the need to become more secretive.”

We often assume teens are most influenced by their peers, but Twyford says their parents remain their key and formative influence. She points to research at NUI Galway in 2014 that showed a quarter of Irish teens are having sex, whether we like it or not, and says we cannot ignore this.

“There are many factors mediating a young person’s decision to have sex: desire, peers, emotional regulation. The evidence shows abstinence really doesn’t work. Young people won’t come and discuss sex with an adult if they feel they will be judged. If they do experience abuse or find themselves in a situation where they didn’t consent to a particular sexual act, they may not be able to open up to their parent if that parent has a rigid belief system. An adult can get across their religious beliefs while still listening to a young person.”