Primary literacy and numeracy rise for first time since 1980 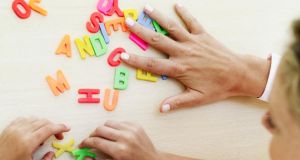 A study on literacy and numeracy in primary schools has identified the first ’statistically significant’ rise in standards in over 30 years. Photograph: Thinkstockphoto

A study on literacy and numeracy in primary schools has identified the first “statistically significant” rise in standards in over 30 years.

The 2014 national assessments of English reading and mathematics showed a major improvement in students’ performance at second and sixth class, compared to the last study in 2009.

However the researchers found that despite an overall progress there has been “no real reduction in the gap” between pupils in disadvantaged urban schools and pupils in other school types.

The Educational Research Centre study cited particular concern over “the large proportion of very low achievers in reading” in the most disadvantaged schools, namely those falling into Deis (Delivering Equality of Opportunity in Schools) band 1.

The agency, which carries out the assessments for the Department of Education at five year intervals, said it was the first time since 1980 that increases in performance had been recorded.

While it cautioned against putting too much store in a single set of results, it pointed to the impact of improved teacher training and professional development, including the use of new methodology, as well as spending more time on literacy and numeracy in class.

Progress in vocabulary and comprehension was found to be well ahead of a target set in 2011 National Literacy and Numeracy Strategy. Progress in algebra and data analysis was also found to be ahead of target but to a lesser degree.

The study showed girls are still better readers than boys but the gap has narrowed since 2009, from 14 points to 7 points among second class pupils, on a 250-point baseline for the tests.

Reading skills among second class pupils in Deis band 1 schools rose by 14 points compared to 2009 but the improvement was greater (27 points) in Deis band 2 schools (these are schools deemed less disadvantaged than band 1). The latter also saw a significant increase in maths scores (up by 29 points) whereas there no significant change in band 1 schools.

The most disadvantaged schools also saw no significant increase in reading at sixth class whereas band 2 schools saw a 14 point increase in scores, deemed as “substantive important”.

Minister for Education and Skills Jan O’Sullivan welcomed the upward trend overall, acknowledging the work of teachers, parents and students in improving standards.

Cautioning against complacency she said:“The results leave scope for improvements, especially in maths and in Deis schools”. She has asked for a review of the strategy to be brought forward to this year from 2016.

An additional €6 million had been provided for the implementation of the strategy in Budget 2015, bringing the annual budget to €13.8 million and further measures would be considered, she added.

One proposal mooted by her predecessor Ruairí Quinn was for Leaving Cert honours maths to be made a requirement for entry into teacher training. Asked whether or not she would support such a measure, Ms O’Sullivan said she was awaiting advice from the Teaching Council. “We can be generally fairly sure as of now that the qualifications of people going into teaching are very high,” she said.

The primary teachers’ union, the INTO, also welcomed the test results. General secretary Sheila Nunan said they were probably the result of several different factors including supports for disadvantaged schools, changes to teacher education, improvements in learning support allocations to schools and an increased focus on literacy and numeracy.

However she singled out the fact that only qualified teachers were now licensed to teach in primary schools. Research by the organisation a decade ago showed more than 1,400 primary classes were taught by people who had no teaching qualifications.