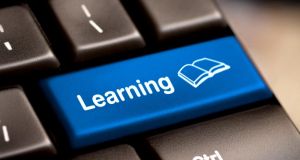 Teachers are warning against using Applied Maths as a way of “fixing” problems that have emerged with the Project Maths curriculum. File photograph: Getty Images

Plans to include computer science in a new applied maths syllabus have been criticised as “tokenistic” and retrograde by maths teachers.

The proposal to teach 45 hours of computer programming as part of the Leaving Cert Applied Maths course is contained in a review of that subject following the controversial roll-out of Project Maths.

As well as raising concern over the feasibility of teaching computer science at secondary level, teachers are warning against using Applied Maths as a way of “fixing” problems that have emerged with the Project Maths curriculum.

A number of topics, including calculus, vectors and matrices, which were controversially dropped from the higher level Maths curriculum, would be a core part of the new Applied Maths course. Optional modules include programming, business mathematics and game theory.

Under the plan, Applied Maths would be redesigned as an advanced course for those seeking to study science, medicine or engineering at university.

It is proposed that Leaving Cert students would thus have an option of four “pathways” through Maths: foundation level, ordinary level, higher level and what would be called “Extended Higher Mathematics or “Applications of Higher Mathematics”.

This 360-hour course would address some of the criticism of third-level academics about the “dumbing down” of the curriculum through Project Maths, which puts an emphasis on problem solving and skills development.

In a submission to the National Council for Curriculum and Assessment (NCCA), which is overseeing the review, Applied Maths teacher Dominick Donnelly said “there is a definite attempt to combine what should be in three different subjects (Applied Mathematics, Further Mathematics and Computer Science) into one subject, and three into one just won’t go.”

Mr Donnelly, who is author of one of the textbooks for the existing Applied Maths course, said: “With regard to the inclusion of Computer Science as an option within this syllabus, this is clearly another attempt to placate those voices who bemoan the lack of such a subject within the Irish secondary school system…

“There has been a crying need for a Computer Studies / Computer Science syllabus at both junior cycle and senior cycle within the secondary curriculum for the past number of decades, but to propose to resolve that deficit here is merely tokenistic and shows a lack of understanding of both subjects.”

Mr Donnelly said the proposals were “a blatant attempt to placate those voices” who had criticised Project Maths. “If there are issues to be dealt with within the Project Maths syllabus, that is where they should be dealt with.”

Some of his criticism was shared by the Irish Applied Maths Teachers’ Association, although its chairman Brendan Doheny was more upbeat about the review. He said Applied Maths was in danger of being “squeezed out” of schools, with less than 3 per cent of Leaving Cert students taking it annually, and “we welcoming the new emphasis” on the subject.

He cited a number of reservations, however, including the inclusion of the computer science module which he said would be difficult to administer in the absence a major investment in equipment by the department of education. “The most sensible thing would be to drop that option,” he said.

While programming was a very useful tool “it’s very difficult to see how it would be assessed” in the current system.

Dr Cora Stack, who was part of a group of third-level academics who raised concern about the impact of Project Maths on the curriculum three years ago, has welcomed the review.

She said she continued to have “serious reservations about the teaching and learning methodologies and over emphasis on problem solving”. However “If it is properly implemented the introduction of this syllabus should raise standards of maths education at secondary level and bring us in to line with the best that is on offer internationally and this has to be viewed very positively.”

Prof Tony Dorlas of the Dublin Institute for Advanced Studies said, however, that the review failed to address underlying weaknesses with Project Maths.

“Mathematics is no different from other forms of learning. If you want to learn to play the piano, having a ‘discussion’ with the instructor is not the way to do it,” he writes.

“I would therefore advocate precisely the opposite to this [NCCA]document, namely that the emphasis should be on learning basic mathematical concepts and skills (techniques). This is exactly the ‘transmission approach’ that this document is so scathing about. The teacher has the knowledge and skills and wants to impart those to the student.”