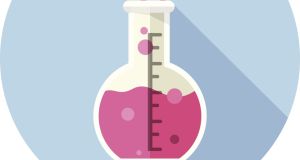 Green World Colouring
(iPad, free; coming soon to Android; developed by Strawberry Moose)
DIT graduate and Irish entrepreneur Gavin Hughes has created a gorgeous colouring-book app for children, which teaches about climate change and renewable energy in a fun and accessible way.
There’s information on wind, water, geothermal, solar and bioenergy and a short, bite-sized message accompanying each page, as well as tips on how kids can conserve energy. Each page can be printed directly or shared online.
Suitable for: children under 10 or children who enjoy colouring.
Pop Science Kids Game
(Android, free but with in-app purchase options, developed by Happy Girl Apps)
Sounds, planets, weather, cars, physics, the elements, inventions and more: it’s all on this interactive game bursting with sights and sounds. Kids progress through levels, which reinforces key concepts. The free version is limited; if kids enjoy it, it’s worth signing up for the relatively cheap paid app.
Suitable for: ages five to 12.
GazilliScience
(iPad/iPhone, €1.99, developed by GazilliWorldLLC)
Buy why? Yeah, but why? And why is that? This will shut them up: this app is designed for younger kids who want to know about some of the basics of science, including plants, the seasons, and floating and sinking. It’s presented in storybook style with audio narration, and it’s highly interactive.
Children with autism-spectrum disorders have responded well to GazilliScience. Developer GazilliWorld also has a range of other apps for children, including maths, puzzles, shapes, words and letters.
Suitable for: ages three to seven, although children under five might need a little extra support.
Sky Safari
(iPad/ iPhone, Android, from ¤2.99, developed by Simulation Curriculum Corporation)
Probably the best of the astronomy apps, and one the entire family can enjoy. The app shows the roughly 46,000 stars visible in the Earth’s night sky and an accurate version of the sky from any place on the planet – now, and 100 years into the past and future.
It also features the main comets, asteroids, nebulae and galaxies, hundreds of images from the Hubble Space Telescope and Nasa space missions, with more features available on the more expensive versions.
Suitable for: everyone.
Skeptical Science
(iPhone/ iPad, Android, free, developed by Shine Technologies Pty Ltd)
For when you know the anti-vaccination, anti-fluoride, pro-homeopathy person or climate change denier sitting opposite you, or fighting with you on Twitter or Facebook, is talking nonsense. This app puts the latest peer-reviewed science at the touch of a button. It’s fun, witty and provides an evidence-based comeback for well-intentioned or utterly stupid statements on contentious scientific issues.
Suitable for: ages 12 until death.
TED
(iPhone/iPad, Android, Windows, Kindle, free, developed by TED Conferences)
An online archive of some of the most interesting and digestible science and technology talks – although almost any subject you can imagine is covered here. It’s a well-designed app and there’s content for students sitting exams as well as adults who just want to expand their minds.
Suitable for: various ages.
VideoScience
(iPhone/iPad, Android, free, developed by Object Enterprises)
Close to 100 useful and inspirational videos of hands-on science lessons covering a range of topics, with a focus on experiments that can be produced at home and in the classroom.
Suitable for: all ages.
CargoBot
(iPad, free, developed by TwoLivesLeft)
Coding is an important and under-taught subject, but there are plenty of apps and sites to teach the skills. Coding is a technical skill but, more importantly, there’s arguably no better way to develop logical thinking, problem-solving and creativity. CargoBot, a game where you teach a robot to use crates, is a relatively challenging and surprisingly efficient app for learning about coding and how to think like a computer. The game itself was programmed entirely on an iPad. It’s engaging, fun and just a little addictive for children and adults.
Suitable for: ages 10 until death.
Daisy the Dinosaur
(iPad, free, developed by Hopscotch Technologies)
A fun introduction to coding that allows children to move Daisy the dinosaur about. It’s basic and functional, but a good place to start.
Suitable for: ages five to 10.
YOUR FAVOURITE APP: If there’s a great educational app you’ve found that you’d like to share with other readers, please use the comment box below.