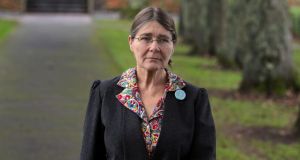 All senior management staff at NUI Galway should undergo “unconscious bias training” to counteract discrimination against women, a gender equality taskforce has recommended.

In a progress report to go before the university’s council today, the group chaired by external academic Prof Jane Grimson calls for the creation of a new post of vice-president of equality and diversity.

Reporting to the university president, this officeholder should be appointed for a minimum of eight years with a view to developing policies on gender equality, establishing “meaningful” career development paths for women, and identifying “gender champions” across the institution.

The taskforce was set up by NUIG in response to last year’s Equality Tribunal ruling which found botanist Dr Micheline Sheehy Skeffington had been discriminated against in a 2008-09 promotion round.

While the taskforce does not recommend gender quotas for appointments, it says all management bodies, promotions committees and interview boards should comprise a minimum of 40 per cent women, in keeping with the target for State boards.

It also recommends that all promotion and progression procedures within the university for all grades of staff should be reviewed by the end of October by an external expert in respect of gender equality.

This should include an examination of how individuals whose careers have been interrupted for family reasons are assessed for promotion.

“Any deficiencies identified should be rectified with immediate effect and in advance of the commencement of any further promotion rounds,” it says.

‘Looking to the future’

Prof Grimson told The Irish Times this would be “way beyond our remit; the role of the taskforce is very much looking forward to the future”.

Four female lecturers are taking legal actions over the 2008-09 and 2013-14 promotion rounds, while a fifth is pursuing a Labour Court action.

Prof Grimson said there was a significant body of evidence internationally on best practice but it had decided not to be prescriptive as this would limit the ability of the designated vice-president to make decisions.

Only one out of 11 decision-making committees at NUIG was chaired by a woman. This was Judge Catherine McGuinness, chair of Údarás na hOllscoile, which will receive the report on Tuesday.

The taskforce is planning to produce a final report by the end of the year after consultations with staff, and then wrap up next spring when it is envisaged the new vice-president would be appointed.

The scope of the taskforce and the manner in which it was set up has been criticised by Siptu which has instructed its members to boycott its activities.

There was further controversy last month when University of Limerick expert on gender equality Prof Pat O’Connor turned down an invitation by the university to advise the group, telling NUIG she would not be used as a “corporate mudflap”.

She said there was no silver bullet for the issue but it was clear “academia has been slower to embrace the fact that diversity increases the quality of decision-making, increases creativity”.

Regarding the compulsory anti-bias training, the report says: “Several studies have shown that unconscious bias is widespread throughout academia and that its effect is to advantage men over women.