Some 6,100 new places on free higher education courses on offer from today 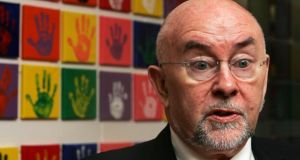 An increasing number of graduates are availing of the Springboard jobseekers programme, new figures show ahead of the provision of an additional 6,100 course places through the scheme.

A trend analysis by the Higher Education Authority (HEA) found that “from year to year Springboard participants have ever higher levels of previous educational qualifications”.

Participation by non-graduates – defined as those with a Leaving Cert or equivalent – had fallen in tandem from 32 per cent to 13 per cent.

Some 30 per cent of Springboard 2011-2012 graduates were reported to be in employment or self-employment within six weeks of finishing their course, and this rose to 40 per cent among last year’s graduates. On some courses, employment for graduates last year was as high as 90 per cent.

The study highlighted the importance of internships as a means of re-entering employment, and this year 92 per cent of approved Springboard courses will have a work placement dimension – up from 70 per cent three years ago.

The free scheme is open to people who are unemployed and in receipt of jobseekers benefit or a similar payment, and are actively seeking employment. Courses are one year or less, generally part-time and lead to awards at certificate, degree and post-graduate level.

Some 171 courses in 38 colleges are being offered, including 21 in ICT. Applications can be made from today at springboardcourses.ie.