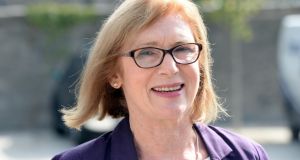 Minister for Education Jan O’Sullivan has called for new laws to ensure denominational schools set aside places for local children who are not baptised.

At present the Equal Status Act permits schools to discriminate in favour of children on the basis of religion in order to protect their ethos.

However, Ms O’Sullivan said legal advice she has received indicates that schools’ religious ethos would be protected if a majority of places were set aside for children on the basis of religion.

This could allow a significant minority of places – anything up to 49 per cent – to be set aside for children on the basis of their proximity to school rather than their religion.

“I recognise the right of denominational schools to protect their ethos,” she said in an interview with The Irish Times.

“But we need to look at the Equal Status Act to ensure that parents feel they don’t have to baptise their children into a religion they don’t believe in just to get a place in their local school.”

“It would most likely be a percentage of places set aside for the denomination. We haven’t settled on any figure . . . It would be a majority of places, with 51 per cent being the lowest possible figure.”

Ms O’Sullivan insisted she was not out to attack denominational schools, adding that some Catholic schools are among the most diverse and pluralist in the State.

Instead, she said these rules would apply in the one-in-five cases of where schools are oversubscribed.

While it is too late to change the Act in the run-up to the general election, she said the plans would feature in the Labour Party’s election manifesto.

Ms O’Sullivan conceded that moves to divest religious schools of their patronage have been slow and held up partly by local resistance.

Under a new round of “reconfigurations”, she said areas rather than individual schools could be targeted, along with greater consolation of the wider community.

In addition, she said there could be scope to amalgamate existing schools.

“There is a loyalty to the local school, even in areas where there might be four or five Catholic schools within a short distance of each other,” she said.

“So, we’re looking to see if we can concentrate on the overall need of an area rather than individual schools.”

She questioned the amount of time dedicated to religion in the classroom and called for a public debate on the issue.

At present, schools are permitted to teach up to 30 minutes a day of faith formation in the classroom.

Under proposals drafted by the State’s advisory body on the national curriculum, new religion and ethics classes – which focus on a range of faiths and beliefs – will also form part of the school week.

“We need a public debate on the matter,” she said.

“I’m not saying denominational schools shouldn’t have their own religious faith taught during school time.

“They are entitled to do that . . . but we have a very diverse society now and we need an honest debate on the matter.”