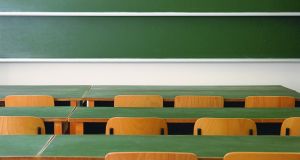 A majority of Irish children feel their learning was negatively impacted by homeschooling during the pandemic, with learning out of the classroom also negatively impacting the mental health of some second-level students, data from an unpublished study shows.

The data was gathered by academics from NUI Galway working with the National Parents Council, and takes in the views of more than 1,000 primary and secondary school-aged children around the country.

It comes as teacher unions warned that some schools may have to reopen on a staggered basis due to expected difficulties in preparing for a return of students in late August.

The preliminary data from the survey were shared in a draft report with the Oireachtas Special Committee on the Covid-19 Response.

A large minority of those in primary education also indicated that their enthusiasm for homeschooling had diminished during lockdown, with 42.9 per cent indicating they liked it less at the end than at the start, compared with 17.9 per cent who preferred it at the end of the period to the start.

The study also gathered data from post-primary school students on their preference for a reshaped school week, with 41.5 per cent expressing a preference for attending two to three days a week, 18.4 saying they would prefer morning or afternoon classes, and 14.5 per cent opting for week-on, week-off attendance.

The full report on the data will be released later this year.