’Like many 18 year olds, I hadn’t a clue what I wanted to do with my life’

My education journey: Needless to say, I didn’t last past first year, after which I dropped out and worked in retail 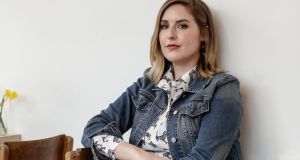 My PLC journey - Sarah Breen, bestselling author: “Like many 18 year olds, I hadn’t a clue what I wanted to do with my life when I filled out my CAO form. All I knew was I could tell the Olsen twins apart and I was obsessed with magazines.

“When I didn’t get the points to do journalism, I started a degree in applied languages because a career guidance counsellor casually mentioned I had a ‘good aptitude’ for German. Big mistake. Huge! There were bilingual people in my class. Some had German parents. Needless to say, I didn’t last past first year, after which I dropped out and worked in retail.

“The following September, I started a general media diploma in Ballyfermot College of Further Education, which was much more my speed, and it was there that I met Emer McLysaght, who is now my best friend and collaborator. After Ballyer, I walked straight into a job at KISS magazine, where I eventually became editor.

“In 2016, I had been working in magazines for more than 10 years when Emer and I were offered the surprise book deal which led to us writing our first novel, Oh My God, What a Complete Aisling. I now get a small thrill when I’m filling out some boring form and I get to put ‘writer’ down as my occupation. In hindsight, it was always my dream, I just didn’t know quite how to get here.”

Sarah Breen and Emer McLysaght are co-authors of the number one bestselling Aisling books. The third instalment in the series – Once, Twice, Three Times an Aisling – will hit the shelves on Thursday September 12th. Element Pictures has bought the rights to make the first book in the series – Oh My God, What a Complete Aisling – into a film.