Leaving Cert: Private schools turn to lawyers after ‘losing out’ in calculated grades

Process ‘blind’ to social and economic status of schools, says Minister for Education 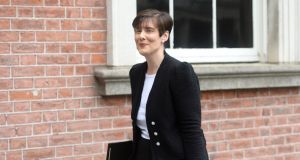 Lawyers have reported a surge in queries from parents and teaching staff in fee-charging and grind schools who feel they lost out under the new calculated grades process.

Many believe the decision to drop “school profiling” – a controversial measure which took into account a school’s past performance in the Leaving Cert – from the calculated grades process ended up penalising high-achieving schools.

Minister for Education Norma Foley, however, has said that the calculated grades process has been “blind” to socio-economic status of schools and that all students were treated fairly and equitably.

One legal source, who declined to be named, said parents and teachers from fee-paying schools in particular were surprised at the relatively low proportion of top grades in many cases at a time when there was significant grade inflation in results nationally.

“We’ve been getting lots of queries today on this from parents and teachers who saw fewer top grades and lower points then they would have expected,” said one lawyer.

“Our advice is to wait until the CAO offers issue on Friday and see what teachers’ estimated grades were prior to being adjusted on Monday.”

The source said that if there was evidence of unfairness in this process – such as students being disproportionately downgraded – it could give rise to judicial review proceedings.

Brian Gill, head of employment law and commercial litigation at Callan Tansey Solicitors, also said the disclosure of teachers’ estimated grades would be crucial in determining whether students had grounds for legal action.

“The irony in this is that many of the schools that have done very well out of the system over many years are the ones who now feel they have lost out on this occasion,” he said.

One student who attended a private grind school said there was widespread disappointment at the grades released on Monday.

“I’m 40 points lower then expected and received the best results out of my friends,” said Rachel, who declined to give her surname.

“Some were 100 points below. It seems like anyone in my school or other private schools who were aiming around 500 have all been downgraded by 40-100 points.”

Another teacher said they believed there was a political decision to normalise past school performance which negatively affected the “above average” private school population.