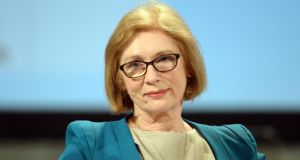 A new points scale for entry to third-level courses will be published in September under what has been described by the Department of Education as the most significant reform of Leaving Cert grades and the CAO regime in more than two decades.

The reforms announced on Wednesday include a new grading system for the Leaving Certificate, reducing the number of grades from the current 14 to eight.

This will be rolled out for students entering fifth year next September in conjunction with a revised CAO points scale for entry into higher education.

One of the features of the reforms, already long-signalled, is the awarding of points for a grade of 30-39 per cent in higher level papers.

This will be weighted roughly as the equivalent of a C grade (55-69 per cent) in ordinary papers.

Explaining the plan, Minister for Education Jan O’Sullivan said: “I hope that the changes proposed will not result in unhelpful and misplaced commentary about ‘rewarding failure’ which does our students a real disservice.

“All examination results are a measure of a level of achievement, whether at ordinary or higher level.

“We have created a situation where a student who could achieve say 39 per cent on a higher level paper will get absolutely no CAO points for entry into higher education, while a student with the same ability but unwilling to take the risk who gets a C on an ordinary level paper gets points for that result.”

Under the new scale, the grades ranging from A1/A2 to F/NG are removed, and replaced with a numerical table for higher and ordinary level.

An indicative CAO points scale was published on Wednesday, giving a H7 (roughly the equivalent of an higher level E) marginally fewer points for college entry as an O3 (roughly a C at ordinary level).

The department has left unchanged the current system of awarding bonus CAO points to maths, and under the current proposals a H7 in honours maths will only attract the standard points and not the bonus.

The plan is based on the recommendations of a “transition reform group” set up under the department, with stakeholders such the Irish Universities’ Association (IUA) and the State Examinations Commission.

This group is to review the effect of bonus points in maths, as well as examine the possibility of introducing subject-specific bonus points to reward students who are continuing a Leaving Cert subject at third level.

However, the department stressed any such reforms would be beyond the Leaving Cert in 2017 when the current plan comes into effect.

Ms O’Sullivan said the Leaving Cert “should be a challenging exam” but the pressure built up around it must be released.

“The current system of 14 grades increases pressure on students. The majority of grades are separated by just 5 per cent, resulting in students striving to gain minimal percentage increases to achieve higher grades.”

Under the new system, grades are separated by 10 per cent, which would normally result in an increase in randomness in college selection.

However, Maynooth University president Prof Philip Nolan, who chaired an IUA task force on the issue, said the new CAO points system would be designed in a “non-linear” fashion to reduce this effect.

In the indicative model, CAO points no longer jump up in margins of 5 and 10 but instead use a variety of margins, from 8 to 15, loading points in favour of the very highest grades.

The proposals are subject to approval by the academic councils of all universities and institutes of technology but Prof Nolan said this was scheduled to be completed by June, with agreement in principle already secured.