Junior Cert results point to progress in science and maths 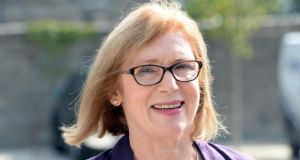 Minister for Education Jan O’Sullivan: “I would like to thank the teachers who worked diligently with their students over the three-year cycle.” Photograph: Eric Luke

results out today indicate that performance in science and mathematics continues to improve, reflecting similar progress in the senior cycle.

The proportion of students taking higher-level maths has increased from 48 per cent in 2012 to 54 per cent this year, a shift attributed to the roll-out of project maths, a more student-friendly programme.

Science and technology have also seen an increased uptake at higher level. While this was expected to lead to an overall reduction in the top grades, the proportion of students getting an A in higher-level science in fact increased to 11.3 per cent this year, compared with 8.9 per cent last year and 9.4 per cent in 2012.

Some 60,327 students will receive their Junior Cert results today, either by collecting them from school or viewing them online at examinations.ie from 4pm today.

Minister for Education and Skills Jan O’Sullivan, who is facing a strike threat from teacher unions over junior cycle reforms, said: “I would like to thank the teachers who worked diligently with their students over the three-year cycle.”

She also acknowledged parents’ support, and urged students to enjoy their celebrations and “look out for each other”.

Minister of State for Research, Innovation and Skills Damien English welcomed the increased uptake at higher-level mathematics, as well as the fact that 90.7 per cent of the junior cycle cohort now take science at either level.

“Increasing the uptake of higher-level maths is one of the explicit aims of project maths,” he said. “A good base in mathematics is essential for successful engagement with the sciences and with life.”

“The Junior Cert gives young people their first experience of the State exams process and is invaluable in guiding them as they prepare for senior cycle and the Leaving Cert.”

He added: “There is evidence of significant public support for the ASTI’s position that teachers should not assess their own students for certification purposes.”

Among the other trends in this year’s results is an increase in the number of candidates opting for history, despite concerns over its future status.

Any students who wish to appeal their results can do so through their school by no later than Friday, September 26th.