Track sale agreed between Irish Greyhound Board and Department of Education 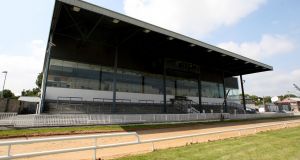 A number of schools are set to be built on the site of the Harold’s Cross Stadium after the Irish Greyhound Board accepted an offer from the Department of Education for the land.

The south Dublin venue closed unexpectedly on February 13th, with the sport’s governing body later confirming that the site would be sold in order to finance debts of over €20 million.

Details of the exact financial arrangement reached between the parties have yet to be publicised, but the department confirmed on Tuesday that the offer it made has been accepted subject to standard State procurement processes.

Minister for Education Richard Bruton said a recent review of nearby areas showed a significant increase in the population of primary and secondary school-aged children which will require the provision of additional classroom spaces.

The zoning of the site will have to be changed from its current use as a recreational facility before any demolition or construction can commence, and a timeline for completion and the configuration of schools that are to be built have yet to be decided.

In a brief statement on the acquisition, the Minister said: “We are investing hundreds of millions to provide thousands of new school places in state-of-the-art facilities across the country.

“The offer to acquire the former greyhound stadium site at Harold’s Cross has been made with a view to facilitating the development of additional school infrastructure in the south Dublin city area.”

Originally opened in 1928, the Harold’s Cross Greyhound Stadium acted as competition for cross-city rival Shelbourne Park, with major races regularly shifting between the venues before the former was shuttered and all racing activity moved to Shelbourne.