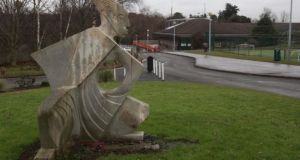 A south Dublin secondary school is seeking an investigation into how its Leaving Cert results were calculated after it received significantly fewer top grades than it expected.

St Kilian’s Deutsche Schule in Clonskeagh is a private school which specialises in the teaching of German and has many children who are native speakers or have spent significant periods of time in Germany.

While it expected half of its students to secure a H1 in German based on past performance, just 14 per cent secured this grade under the calculated grades process.

In a letter to the Department of Education, school principal Alice Lynch expressed the school’s “deep concern” at the “very flawed process” applied to the calculation of grades in German at higher level for the school.

“The results we have received bear no relationship to the ability, past performance or calculated mark awarded to the students from this school,” she stated.

“I want this investigated as it cannot be justified in any context given the nature of the school curriculum, students’ performances in German language exams from Germany and the performance of the school in the Leaving Certificate German exams every year.

“The students in St Kilian’s have been seriously disadvantaged because of a warped bias based on the outcry in the UK. Where is the justice here? How is this wrong to be righted?”

A number of other private or grind schools have said privately that their teachers’ estimated grades were lowered by anywhere between 20 to 40 per cent, well in excess of the national average of 17 per cent.

One source said the decision to take out “school profiling” from the department’s standardisation process may have ended up harming high-achieving schools.

The Department of Education, however, said the calculated grades process was “blind” and there is no evidence of bias towards any school type.

On the issue of St Kilian’s, a spokeswoman for the Department of Education said on Tuesday evening it had received the letter and would respond in due course.

Ms Lynch said that in some case, students at St Kilian’s who were awarded the same estimated mark by teachers were given “two entirely different grades”, with a deviation of two grade levels.

In another case, she said “mother tongue” students were downgraded from a H1 to H2 or, in some cases, a H3.

Ms Lynch said students in the school who achieved high grades in the German Sprachdiplom exams – considered far more challenging than the Leaving Cert – would have expected to achieve H1 grades. However, many ended up being awarded H2 or H3 marks.

“These pupils have reached the language proficiency level to study at a German university,” she wrote. “Please explain to me the fairness of an algorithm that can get things so utterly wrong.”

Overall, teachers at the school estimated that their students would secure 19 H1 marks, based on their past performance. However, only six achieved H1s.

Meanwhile, Minister for Higher Education Simon Harris said he has secured a further 500 additional higher education places in a bid to ease points pressure when CAO results are released on Friday.

This bring the total number of additional higher education places this year - including those due to meet demographic growth - to about 5,000 or 10 per cent of total college places for first year students.

There has been growing concern over the impact of grade inflation on college applicants this year who are using results from previous years. Thousands of these students argue that their results will be devalued and that they will miss out on college places as a result.