Forensic analysis, theology, Irish translation: why have CAO points for these courses skyrocketed? 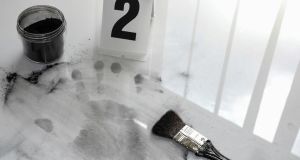 The CAO this year is all about business and engineering points going up - but not everything fits that big picture. An odd mix of individual courses, from theology to Irish translation to forensics, are, bizarrely, the ones whose points have jumped most dramatically in this year’s college offers. Many of these courses, obviously, are niche interest, and have fewer places. So, according to the law of supply and demand, if a small number of additional students apply one year for a course with very few places, the points for it can skyrocket.

Some students with a grá for Irish have been hit hardest. Top of the list of courses whose points jumped this year is Gaeilge agus léann an aistriúcháin (Irish and translation studies) at NUIG, whose points went up by a whopping 170 since last year. Bear in mind there were only five students on the course covering Irish literature, folklore and song from the middle ages to modern times last year, when the points were 315. The CAO points cut off this year are 485.

It’s a similar situation in Trinity College, with early and modern Irish jumping 65 points, from 360 to 425. Last year there were just three places, so it doesn’t bode well for anybody hoping to make a host of new friends on their course.

Those who put theology as number one on the CAO form might be left looking for a miracle. In St. Patrick’s College Maynooth, theology has risen by 100 points to 425. In Trinity College, catholic theological studies, which last year had just two places short of a rosary decade (that’s right, eight places) jumped from 310 to 360 points.

Most engineering courses have high points this year, and a handful of very niche engineering programmes are among those that have most increased in points requirements. Last year only six people could strive for a greener world on NUIG’s energy systems engineering, whose points this year have increased by 75 points to 505. Points for aeronautical engineering in UL - where last year only 35 students studied wind tunnels and “composites manufacturing equipment” - have risen by 70 to 460. Biomedical engineering in NUIG, which had 39 places last year, jumped 65 points, from 420 to 485.

Anybody hoping to get a starring role in CSI Miami may be dismayed that IT Sligo’s forensic investigation and analysis course has increased from 295 to 340 points. There were just 16 places in 2014 to learn about diesel laundering, gunshot residue, illegal drugs and of course, murders.

Some private colleges have also seen big points jumps. Grafton College of Management Sciences, on Gardiner Row in Dublin, for example, has a niche course, interior architecture, which this year rose by 75 points to 290.

Rises and falls in points requirements are no indication of the standard or difficulty of a course, but is purely a matter of supply and demand. The more students that apply for a course, and the fewer places on it, the higher the points will be.

Even in a world that’s app crazy, you could study app development more easily this year than last; points for computing with mobile app development in IT Tralee dropped 65 points to 310. Just four people started the course last year, down one from 2013.