Education progression tables, how we gather material and how to understand it 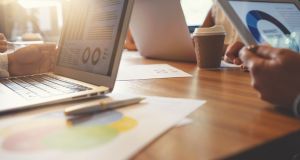 Our data lists include all schools in the Republic of Ireland where 11 or more pupils sat the Leaving Cert in 2019.

The information published today aims to provide parents with a snapshot of information about how many students from each school in the Republic of Ireland go on to one of the 26 publicly funded third-level colleges. We have included progression data for the two Northern Irish universities, Queen’s University Belfast and Ulster University.

We have published progression data about the number of students going on to study in the two biggest fee-paying colleges in Ireland, Griffith College and the Dublin Business School. Carlow College, Ireland’s second-oldest third-level institution, features on the list for the first time.

There is so much more to a school than the metric of third-level progression alone. The vast majority of parents know that they should also check out the whole school evaluation and subject inspection reports which are available on the Department of Education’s website. They are also advised to go to open days. Our coverage today aims to provide parents with the knowledge they need to research all aspects of a school.

Our lists include all schools in the Republic of Ireland where 11 or more pupils sat the Leaving Cert in 2019. The data is based on two sources: information from the State Examinations Commission which tells us the number of students that sat the Leaving Cert in each school this year, and lists provided by each of the higher education institutions which tell us the school of origin of the full-time, first-year undergraduate cohort. These tables give information on every student who ever attended a particular school and began to study this year, and thus includes mature students and deferrals; it is not a picture of the class of 2019 alone.

There are some caveats. Each of the 30 colleges on this list records the information in slightly different formats, which means that there can be minor discrepancies. For instance, many students will change schools during their time in secondary education, and some third-level institutions will record every school that the student ever attended; as a result, the progression level of some schools is likely to be over-reported. On the other hand, every year most third-levels are unable to identify the school of origin of a small number of their students which means those schools don’t get a credit.

The lists don’t account for the numbers moving into apprenticeships or further education; at the moment, the State does not centrally collect this data. They do not provide information on how many students went on to study in the UK or overseas, although we know that if this data was available, many Protestant schools including the College of St Columba and St Andrew’s in Dublin, as well as schools in Border counties, would have higher progression rates.

For some schools, including Riverstown Community College, some of their Leaving Cert students are adult learners who returned to education but didn’t sit enough Leaving Cert subjects to qualify for a college place, so their progression rate is likely to be slightly higher than recorded here.

Some people will go looking for their local school and find it missing. Why? There are six main reasons:

– The school had fewer than 10 students sitting the Leaving Cert this year and, for data protection reasons, the State Examinations Commission withholds information on those schools and their sits.

– The school has amalgamated with other local locals. Where possible – and it usually is – we credit deferred or mature students from a now-closed school to the school into which it has merged.

– The school has closed.

– The school introduced a mandatory transition year in 2017 which means it had no Leaving Cert class this year.

– The school is a “grind school” run without State support. These include Bruce College, the Institute of Education, Hewitt College, Yeats College and some others.

Let’s say, for instance, you want to see how the schools in Co Meath, or Dublin 4, have fared.

2. “Number who sat Leaving Cert 2019”: This column tells you the total number of students from each school who sat the Leaving Cert in 2019, from every school in that area, based on figures provided by the State Examinations Commission.

3. “Total number (all years)”: This column tells you the total number of students from that school who sat their Leaving Cert in that school in either 2019 or previous years (or who repeated the Leaving Cert in another school), and started full-time undergraduate studies in a publicly funded, third-level institution on the island of Ireland.

4. “Total percentage progression (all years)”: The percentage of students from each school who sat the Leaving Cert in previous years, plus those who sat in previous years and either deferred making a CAO application until 2019 or repeated in another institution, and started full-time undergraduate studies in a publicly funded, third-level institution on the island of Ireland.

To ensure the greatest possible degree of accuracy and fairness, The Irish Times uses a standardised system to compile this list. We use this system to help us spot the vast majority of errors and data holes, but there are numerous complicating factors – primarily the fact that our information is only as good as the data we receive – which mean that some schools will occasionally record a lower third-level progression than is accurate. While we are committed to improving our systems, and the quality of the data has increased over the past 16 years, any significant deviation from our current system would lead to a significantly skewed and wholly inaccurate list. The Irish Times cannot enter correspondence regarding the manner in which this data is compiled.